Will Lee, a Grammy-winning musician best known for his work as part of the CBS Orchestra on The Late Show with David Letterman, managed to successfully complete a project from his home in NYC without ever being in the same room as his collaborator. Despite being 800 miles apart, Will worked with jingle writer and musician Geoff Smith in Nashville, sending files back and forth until the song was finished. A minimal workstation setup, consisting of their laptops and Apogee Duets, provided them with the sonic capabilities they needed to be able to create outstanding, studio-quality recordings, anywhere. 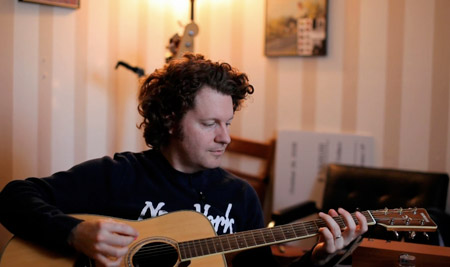 Lyricist Larry Perfetti got in touch with Will and Geoff to write the music to a song dealing with the loss of his daughter to cancer. Once the introductions were made, they had to find a way to make the project feasible being that it was long distance so that potential technological obstacles to recording remotely posed no threat.

“As my home studio production jobs increased, I realized that I needed to step up my game to provide a product that could be as professional as I could make it,” Geoff says. “Not only that, but I was also on the road while still getting jingle work, and so when the Duet came out, it changed everything for me. Now I could meet my deadlines anywhere. All I needed was my Macbook Pro, Logic, Duet, a solid mic (my current favorite is the Neumann TLM-102) and some instruments, and my studio went everywhere with me.” 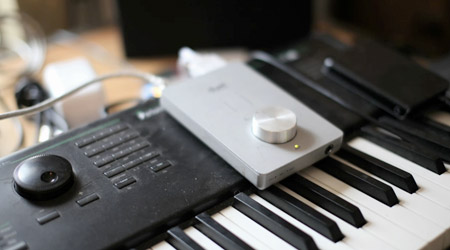 Recording on the track continued with Geoff tracking in Nashville on his Duet, and Will tracking in New York on his Duet. The song was also recorded to honor the Songs of Love Foundation, a non-profit foundation that creates customized songs for sick and ailing kids.

Will, who has recorded with Mariah Carey, Carly Simon, Steely Dan, Cat Stevens, Michael Bolton, Ringo Starr, Frankie Valli, Luther Vandross, Cyndi Lauper, Chaka Khan, James Brown, George Benson, Bette Midler, Barry Manilow, Cher, D’Angelo, Michael Franks, Weather Report, Al Green, the Brecker Brothers, and Frank Sinatra, has fine tuned the way he works with Duet. “The studio I’ve always dreamed of is one that I could do both writing and recording at the times when inspiration was strongest,” Will says. “That means that wherever you are when you’re in that moment, that’s the time to produce your ideas. My motto is ‘I don’t do demos, only final products.’

With my schedule, it isn’t about sketching out a temp version of a song or part. It’s grabbing the actual take in the right sonic environment, which is what led me to being an Apogee Duet user. I play instruments and sing, so I found a way to faithfully record both, spontaneously and portably, using the Duet. Luckily, I’m finding other like-minded writers and performers who have discovered the same solution, like Geoff Smith. We had a blast finishing a project together, before we even met!”

“I was stoked to see that Will loves the Apogee Duet as much as I do,” Geoff explains. “It really is such an easy yet professional way to get the cleanest sounding tracks into your DAW”

Having the same gear helped Will and Geoff both get on the same page and streamline their workflow together. “I was stoked to see that Will loves the Duet as much as I do,” Geoff explains. “It really is such an easy yet professional way to get the cleanest sounding tracks into your DAW. And its integration with Logic Pro is the icing on the musical cake. Apogee has allowed me to really step up my game. I get the cleanest tracks going into the box thanks to its amazing A/D conversion, and I can also hear and mix better thanks to its amazing D/A conversion.”

Keep up to date with news from Will Lee at:
www.willlee.com

For more about Geoff and his new release, visit
www.thegeoffsmith.com

For more information about The Songs of Love Foundation, visit
www.songsoflove.org

Will Lee’s photo by Sandrine Lee