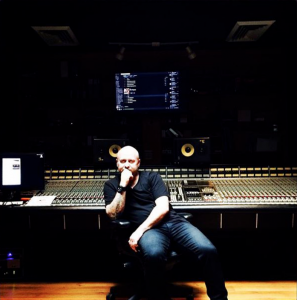 Nov 7th, 2018. – Apogee stopped by Mat Mitchell’s North Hollywood Studio centered around a 56 Channel SSL 6000E/G+ with 48 Channels of Apogee Symphony I/O MK II SoundGrid.  We sat down with Mat to discuss why he chose SoundGrid and how it’s changed his workflow.  Mat has years of experience in both studio and live production.  He has created systems solutions, programming and sound design for numerous tours, including: 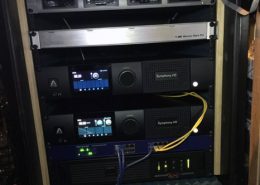 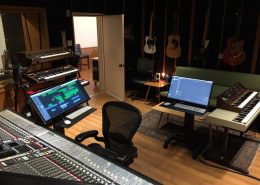 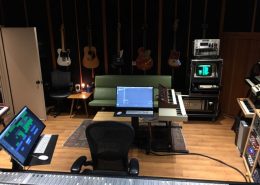 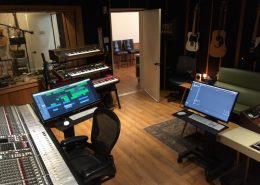 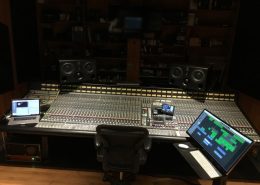 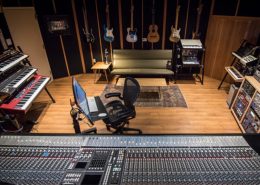 Apogee: What made you turn to SoundGrid as a solution for your Studio?

I find my needs change from project to project and I need to be able to adapt to many different workflows. With SoundGrid I can seamlessly integrate several different computers, share my Symphony I/O between computers and quickly route output to my console and back and forth between computers.

A: What made you choose the Symphony MK II SoundGrid Audio interfaces?

I’m a long time Apogee user.  My first experience was the AD8000, it sounded so much better than anything I had heard before.  There is an Apogee sound and it makes me excited to work. I’ve used a few massive MADI systems and loved the routing possibilities.  When I head Apogee was adding SoundGrid hardware I knew I could gain these same routing possibilities and add my go to Apogee converters!

A: How has SoundGrid changed your workflow?

I used to have interface hardware for each computer, now I just interconnect with ethernet cables and a switch. The SoundGrid Studio software allows me to create templates based on workflow which has minimized my need to stop and re-route signal.  I’m currently running a 64 channel setup, 48 analogue I/O and 16 digital.

A: How do you incorporate SoundGrid into your Live work?

My introduction to SoundGrid was in my live work, using SoundGrid servers to host plugins on the FOH console.

Having familiarized myself with the functionality and seamless integration with the Symphony II, I’m planning to switch our consoles to the Waves LV1 Live mixer and Symphony MkII Analogue I/O.  This will also allow us to get rid of interfaces on our show computers and pass all audio thru the SoundGrid network.

A: What would you say for anyone thinking about implementing SoundGrid into there studio environment?

I feel like I’ve just scratched the surface of what SoundGrid can do.  If you don’t want to buy interfaces for multiple systems, if you collaborate with people running their own machines and software, if you want the ultimate flexibility moving sound around your studio, facility, or live stage don’t hesitate,  It’s fantastic!

A: What project has SoundGrid helped the most in accomplishing?

The Beta Machine’s first full length on Universal Music I relied heavily on SoundGrid.  The band could patch their laptops directly into my audio network for listening and bouncing audio directly into my session.  I would also run several standalone programs on a secondary computer running keyboard sounds as well as processing audio. I also used SoundGrid for handling all my layback and stem building.

A: What specific obstacles does SoundGrid help you solve?

The first obstacle was doing laybacks from my console.  I mix analogue and like to do channel direct out laybacks while mixing.  I tend to push my DAW to the edge when mixing so being able to dedicate a second machine to this is a blessing.  I have a template setup in SoundGrid Studio that sends all the Symphony MkII analogue inputs to my layback computer.  I could have done this before, but with much added patching and additional I/O hardware.

Also, the ease of patching allows me to be more creative and easily move audio around multiple DAW’s.  For example I have inputs going to Logic on one machine and mirrored to Live on a second machine. Depending on what I’m tracking I can bounce back and forth from recording loops in Live to capturing performances in Logic with no break in workflow.

A: How long have you been an Apogee user?

I’ve been using Apogee since the late 90’s with the AD8000. The AD8000 was light years ahead of anything I had used previously, and really set the foundation for my expectations in an analogue to digital converter.

A: What draws you to the Apogee Sound?

There’s a weight to the bottom end, clear, and punchy. Also, there’s something to the top, I think of it as a liquid sound, very clean, sparkly, and smooth. Lastly, I find that some other converters can fatigue my ears after some time, not the Apogee’s! 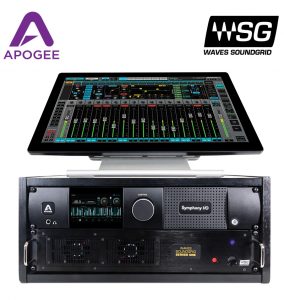 Collaboration is easy with a SoundGrid equipped Symphony I/O Mk II at the center of your studio. Simply connect any additional computers via ethernet cable to effortlessly route audio digitally between multiple computers and your main Symphony I/O, using any combination of DAWs.

Let’s say you have a great drum beat started in Logic Pro X and a collaborator comes to your studio with their laptop and Ableton Live. You can simply connect the laptop to your host computer with an ethernet cable, download the Waves SoundGrid connect audio driver on your guest’s computer and you’re ready to collaborate. Transport controls will be synced between the two computers and you can play all tracks through your Symphony I/O Mk II.

Add a Waves SoundGrid server to your Symphony I/O Mk II to supercharge your workstation and be able to record with plugins, with near zero latency. The SoundGrid Server handles plugin processing so your computer can handle other demanding tasks while mixing or editing. Use more plugins than ever by spreading the load between your computer and the server. When you are away from your studio, these plugins can continue to run natively on whatever computer you’re on – no hardware or dongle required.