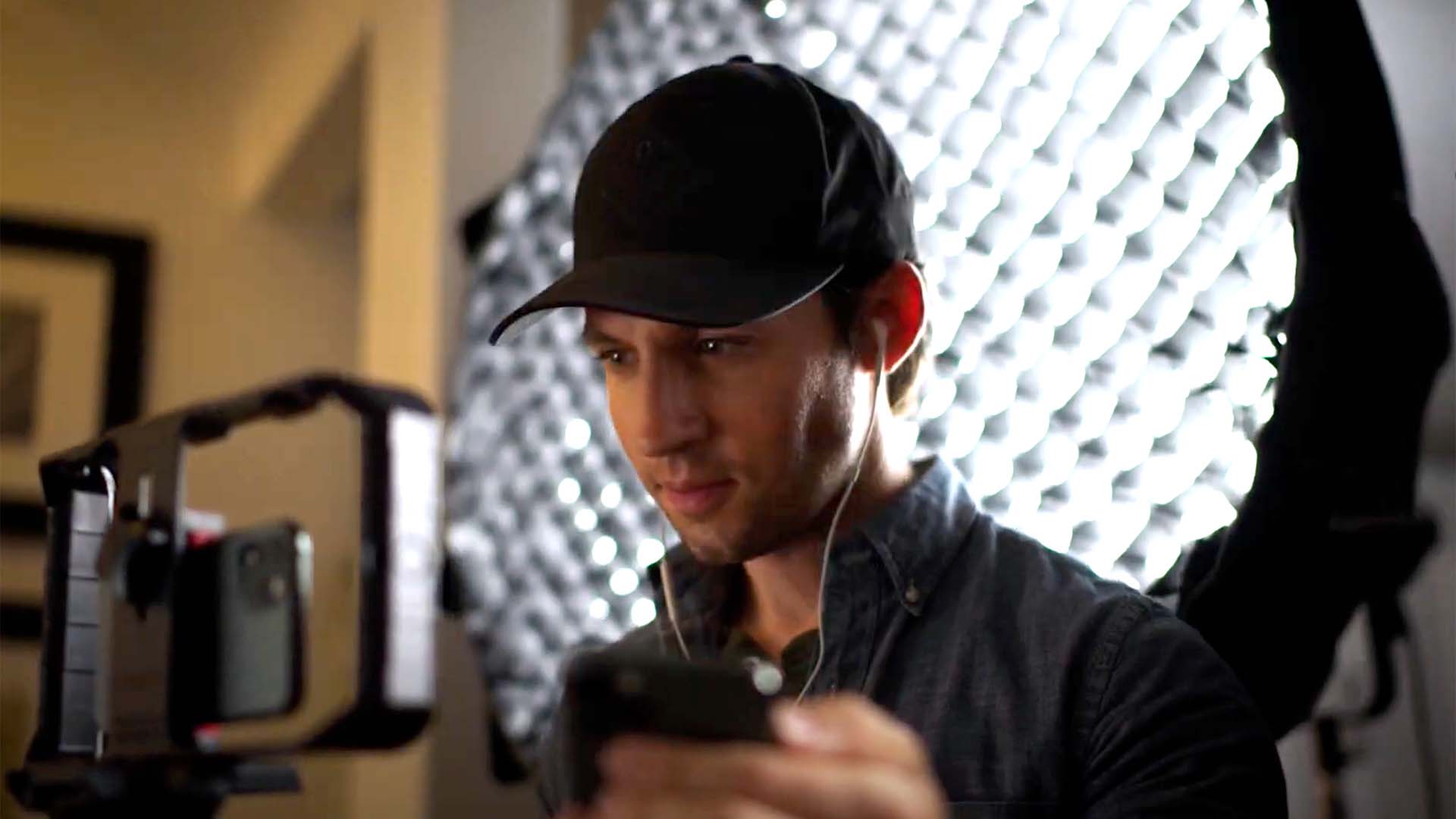 Any good filmmaker worth their weight in salt knows that bad audio will kill the overall quality of a production way faster than bad video, especially in the world of documentary filmmaking. There are any number of tricks you can employ if your video is bad (filters, b-roll, visual effects, etc.) But if your audio quality is poor, the solution is typically re-recording an interview (which may not always be possible), or ADR, which is extremely difficult to pull off, especially if you don’t have a budget.

So, when it comes to picking a microphone for your filmmaking work, this is an area where you do not want to skimp. In my 25+ years of video production, I can attest to the fact that you get what you pay for.

That being said, you don’t have to break the bank to get high-quality audio on your productions. Apogee ClipMic is one investment that will pay many times over, saving you time and money. It has everything you’d want in a lavalier mic (especially if you’re a filmmaker on-the-go):

The perfect iPhone or Android companion

ClipMic digital 2 is designed to be used with an iPhone or Android devices, as well as with Mac and Windows computers. The beauty of this is that wherever you go, you have a set up to capture pristine high-quality audio easily..
Let’s be clear about something—the viability of smartphones as a valuable addition to your arsenal of content creation tools is no longer a debate. You only need to have seen Apple’s latest promotion for their iPhone 13 series to know how serious it’s gotten. (And let’s not forget the numerous feature films that have been shot on iPhones.

So, it only makes sense that your smartphone can also be a primary audio capture device.

Apogee ClipMic digital 2 delivers the highest quality sound of any mobile lavalier microphone on the market. If you’re recording pro-level sound for an interview or a scene, and you need to record on a smartphone or computer, this is the mic for you. Here’s why:

There are additional features of the ClipMic digital 2 that make it stand head and shoulders above other lavalier mics.

Capture, synchronize, and organize your takes with MetaRecorder

With Apogee ClipMic digital 2, you can easily manage the recording of up to four actors connected to their iOS devices at the same time. Using MetaRecorder, you can identify one phone as a “master” that monitors and controls the other three. This is great for use where you have multiple people in a scene.

Once you import the audio, MetaRecorder app for iOS gives you a simple and customizable way to organize audio media files while recording in the field. Using Ultrasync Blue, you can even add Bluetooth timecode. All of this makes syncing audio files in the post-production process effortless. The ability to organize your takes (after you’ve named them in the field) will cut significant time off the editing process.

All around, the ClipMic digital 2 is thoughtfully designed to offer what mobile content creators need most in a lavalier microphone.

Don’t just take our word for it. We had the opportunity to speak with three different content creators all doing some form of video creation using the ClipMic Digital 2. Let’s hear what they have to say.

Audio is no laughing matter to comedy YouTuber Ash Blodgett

Ash Blodgett is an indie filmmaker and comedy YouTuber located in southern California. The challenges that come with running a YouTube channel are plenty. There are a whole host of processes you have to put into effect to maximize YouTube SEOand maintain a consistent content creation calendar. So having a tool like the ClipMic digital 2 is a godsend.
The plug-and-play aspect of the mic makes it easy for her to quickly set up and record for her channel anywhere. 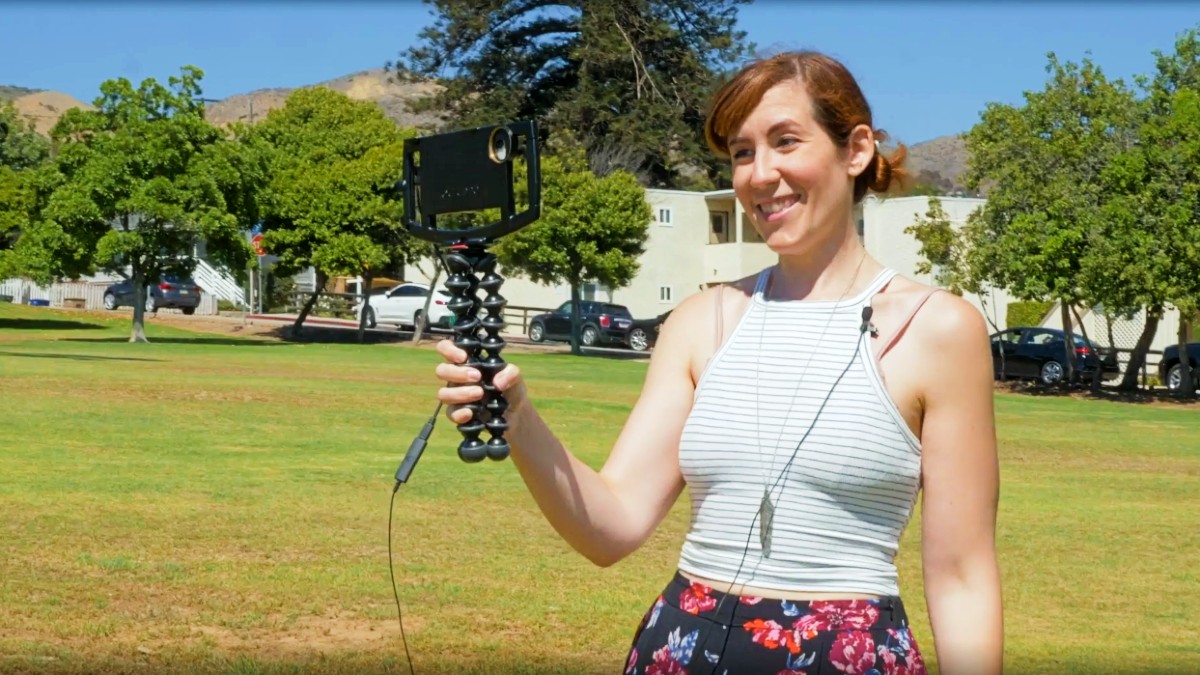 Using the MetaRecorder, she can set audio levels, name the clips, and even set markers. The metadata created by MetaRecorder is extremely useful once you get to the editing phase, especially if you’re using an NLE like Final Cut Pro X that can take full advantage.

Making it easier to make a difference

Bijan Machen is an artist, filmmaker, entrepreneur, and educator who has invested a considerable amount of time and energy into creating content that makes a difference. Part of his work involves teaching inner-city kids how to use iPhones and other filmmaking equipment to tell their stories through his We Uplift the World program.

This work requires Bijan to do a lot of interviews—both of himself and others. Hands down what he loves most about the ClipMic digital 2 is that it makes his life easier. The plug-and-play simplicity, combined with the power of the MetaRecorder software, significantly streamlines his workflow.

The power of wireless without the pitfalls

Steve Busby is a photographer and videographer for the social media agency TSMA. His work involves creating content for high-profile media and entertainment clients on the go. He needs an audio setup that is dependable, reliable, and powerful. The content they’re creating for clients is in constant demand and they have to turn it around quickly (at the speed of social).

“I would be absolutely lost without the ClipMic digital 2.” ~ Steve Busby
ClipMic digital 2, combined with MetaRecorder, gives him just that. Besides the fact that it’s fast and easy, he also benefits from the untethered flexibility that a wireless mic offers. “You don’t experience the interference or the lack of clarity that you sometimes have with a wireless mic.”

When you take into consideration everything that goes into ClipMic digital 2—ease of use, quality, speed, synching, and post-production workflow—there’s one more thing that the ClipMic digital 2 makes easy—the decision to get one!

Learn More About ClipMic
Why Apogee ClipMic digital 2 is the Perfect Microphone for Influencers and ...