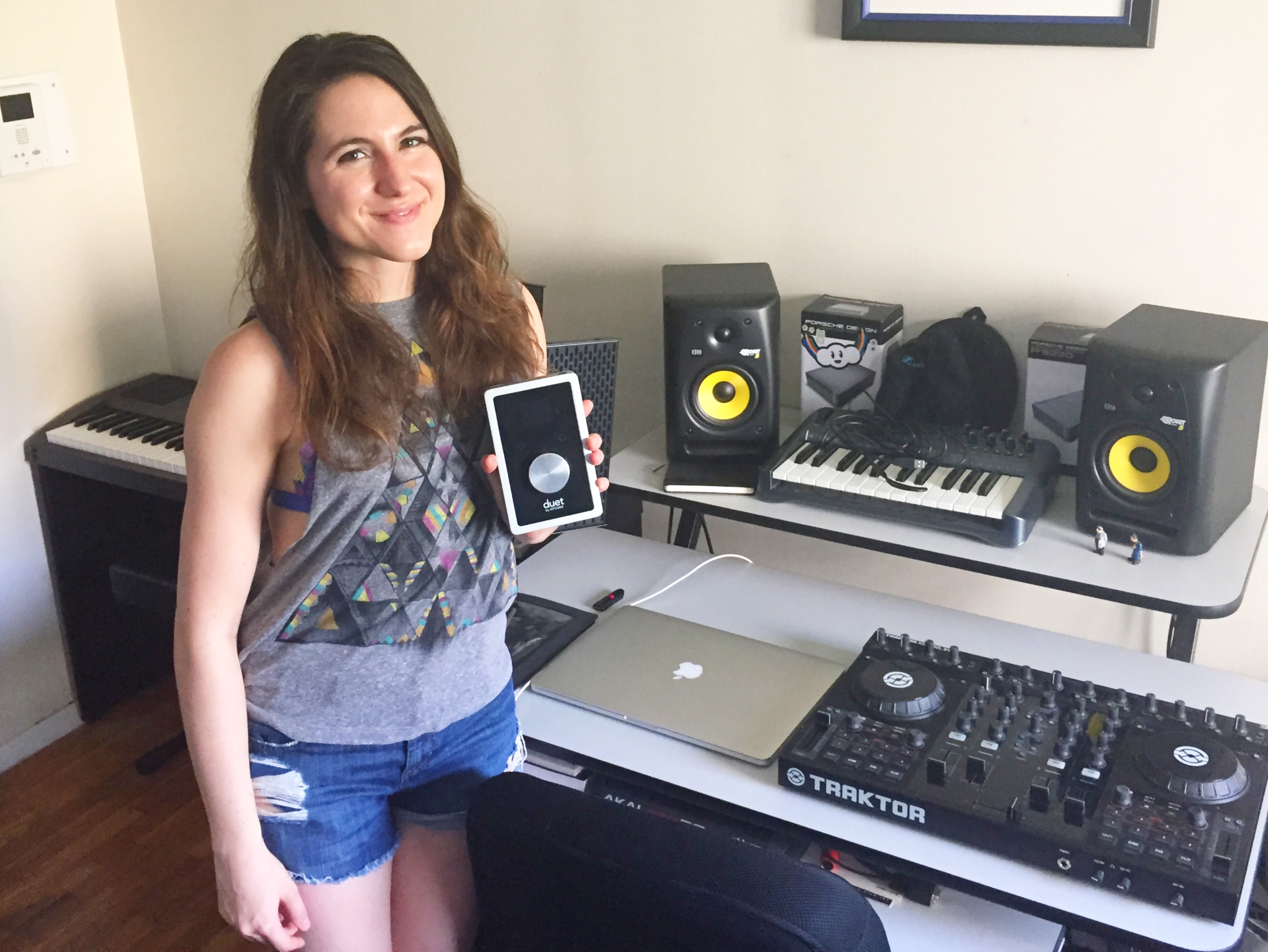 Move over guys, DJ- Nicole Mayo is knocking it out of the park with her deep house/electronic mixes.

Apogee: What drew you to become a DJ?

Nicole: I initially wanted to learn how to DJ in order to perform the songs I was producing. I also liked the idea of exposing music to audiences that they may not have sought out on their own. The thought of championing emerging artists making fresh, innovative sounds was a driving factor as well.

Apogee: How does your Duet 2 help you achieve your sound?

Nicole: My Duet 2 helps me achieve my sound in many ways. I use it with a Shure SM7B mic to record vocals and love how clean the sound is compared to what I’d get from my previous audio interface. I also use it throughout the production process connected to KRK Rokit 5 monitors, while sound designing, sampling, composing and recording melodic and percussive parts. It’s the piece of my studio that connects the dots between all of my gear and I use it during every one of my sessions, as well as while listening to music to prepare for DJ sets and for fun.

Apogee: What elements do you look for in a song when mixing tracks for live performances?

Nicole: When I’m preparing for a set, I seek out songs that catch my attention and make me feel something. Most of the time what draws me in is a great vocal, preferably singing equally great lyrics, as vocal tracks are the pillars of my DJ sets. Production quality is also a major priority – what I’m playing needs to sound great on a big system!

Apogee: What do you enjoy most about your Duet 2?

Nicole: The thing I enjoy the most about my Duet 2 is that it never fails me! Since the day I set it up, it’s been 100% reliable in recording and playing music. This should be a given with any piece of gear, but I’ve found that much of my other equipment has involved some troubleshooting at some point – for instance, my previous audio interface would sometimes cut out right in the middle of recording a vocal, causing me to lose what could have been many great captures.

My Duet 2 has never given me a single problem. It’s great knowing that I can be sure that when I’m recording with it, what I’m singing or playing will sound as I intended it to sound. I also love how portable it is and how easy it is to operate. I couldn’t imagine producing anything without it!

How to record electric guitar – Part 2

Recording a song with Sennheiser MKE 2 digital and Apogee MetaRecorder
This site uses cookies: Find out more.
Scroll to top