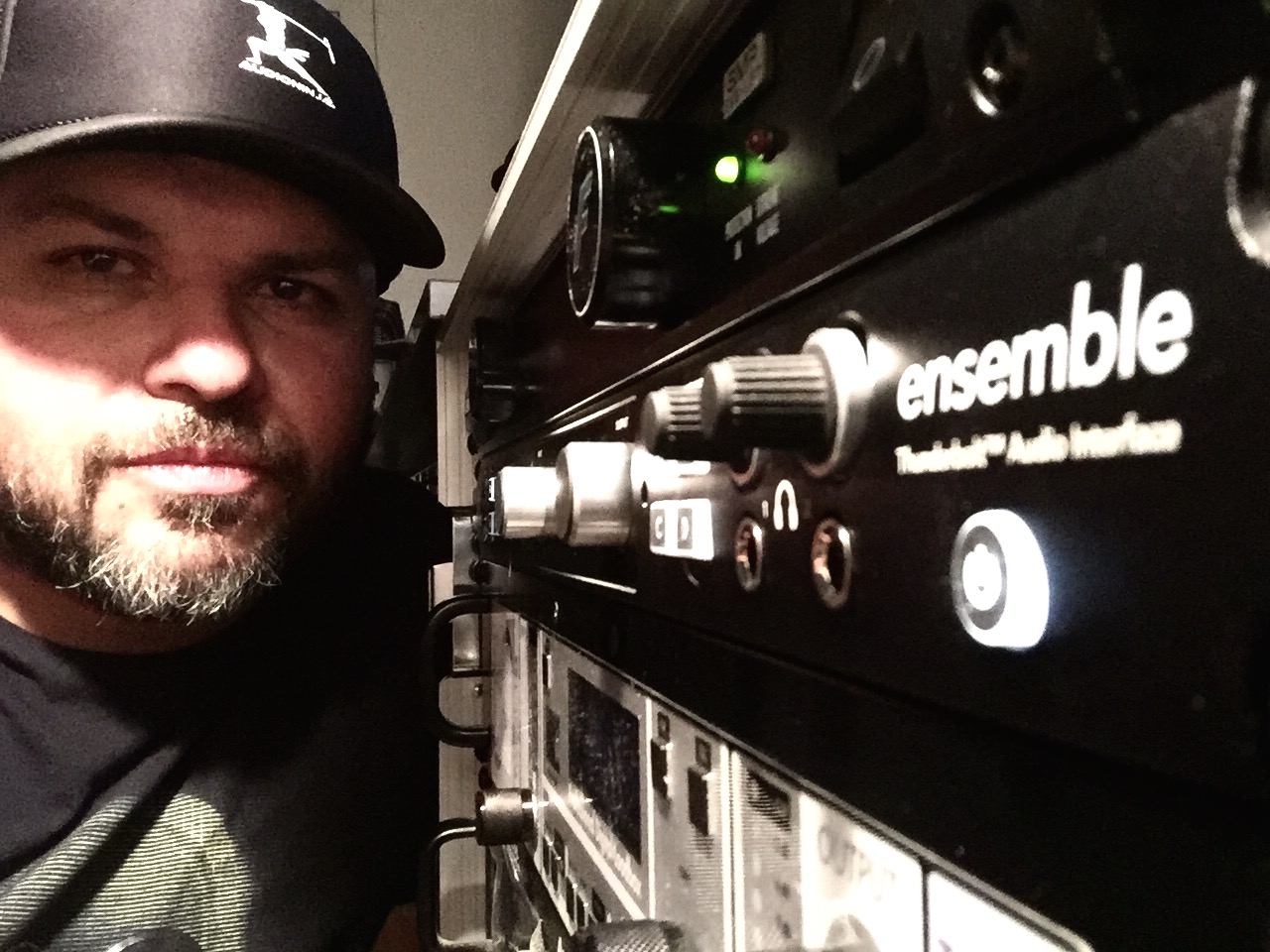 Apogee: What is your professional background?

Reza: I got my start in music at a very young age playing guitar and recording myself with karaoke machines, 4 track recorders and slowly as computers became more affordable into primitive DAW’s with very their primitive software. I was always fascinated with recording and the technology that enabled me to capture a performance and hear it back. I found myself to be very proficient with computers and got a handful of professional certifications to help earn money and pursue my musical aspirations by helping other artists build their recording computers and helping them with their home studios. I was hired to do the production sound mixing for an independent feature in 2004, which led to me doing the sound design and soundtrack composition for that film. From that point on I had found a niche that incorporated all of my skills and the rest is history. Its been about 11 years that I have been recording, mixing and scoring various film and television projects. Since that time I have also continually pursued my musical interests with my current band The Shadow Principle who is in pre production on our second self released full length album. 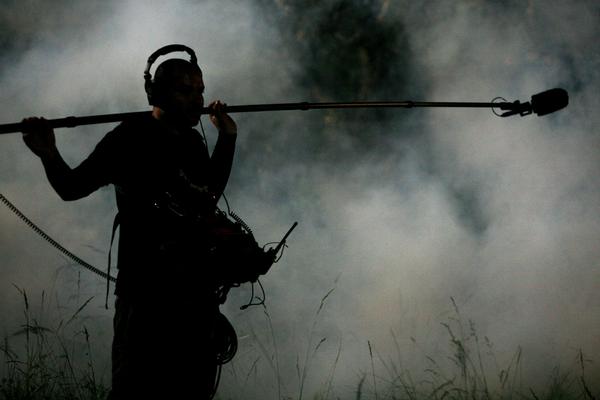 Apogee: What is your philosophy for success in your field as a production sound mixer, sound designer, audio engineer, videographer, & filmmaker?

Reza: My basic philosophy in regards to film and television audio is “If it sounds good, it looks better”. I have found this to be patently true in every situation and I do my best to really push for the best audio possible regardless of budgetary or temporal constraints. I have found that this philosophy and a healthy dose of zen like calm have helped me navigate the various pitfalls of working creatively with large scale productions in a continually noisier world.

Apogee: What was the deciding factor in choosing the Ensemble Thunderbolt?

Reza: In early 2005 I made a huge switch to Apple computers and I purchased one of the early Intel based Mac Pro Towers. Of course at that time I was familiar with all the top shelf Apogee studio equipment but the pricing was prohibitive after making a huge investment in turning my entire recording paradigm into an Apple/Logic Pro based system. I saw that the original Ensemble was being paired with that tower and I knew this was my chance to get some of the incredible Apogee quality at a price point that was more than reasonable. The entire integration with my new Apple system and its plug and play compatibility made it not only the best choice from a connectivity standpoint but I was also going to be getting such an upgrade in audio quality. I couldn’t wait till that piece arrived.

Apogee: How has your Ensemble Thunderbolt aided in your multi-faceted career?

Reza: The Ensemble Thunderbolt was the next evolution of my recording system. I had put almost 10 years in the previous configuration and software limitations from Apple forced my hand into upgrading into a new Mac Pro system which was fully loaded with Thunderbolt connectivity. The Apogee Thunderbolt was announced and I was able to actually meet with the fine folks from Apogee at the AES convention in LA and was incredibly excited to upgrade to the latest Ensemble to once again create the most powerful and best sounding system for my needs. I have provided music for automotive commercials, sound design , dialogue editing, final mix sweetening and much more with my Apogee. The software integration is flawless, the sound quality is undeniable and the company behind it has some of the best customer service of ANY company I have EVER dealt with. The confidence of knowing your work is going to really shine because your equipment is rock solid is one of the best qualities of using the Apogee Ensemble.

Apogee: What do you enjoy most about your Ensemble Thunderbolt?

Resa: So far my favorite thing about the Ensemble has to do with my primary instrument, the guitar. I can reamp my guitars right from the front of the interface. The fact that Apogee made a dedicated input for guitarists is genius. This unit is a  truly remarkable tool for recording guitar. Being able to re-amp your takes without any additional boxes or cumbersome connections is fantastic and really makes it easy to get dynamic and interesting performances through different amplifiers with only a few cables.

Apogee: What is one of the most rewarding aspects of your career to you?

Reza: I think the most rewarding aspect of my career thus far has been working with so many incredible and legendary musicians and filmmakers. Every project is an adventure in creativity, art, and storytelling. Its truly exciting and always rewarding to attend the premiere of a film project, see it on the big screen and hear your audio blast thru the theater and know what it took to get it there. Its especially great when you have state of the art tools like the Ensemble Thunderbolt to help make sure it sounds really good too.

Learn more about Reza at: www.audioninjainc.com