On Friday, March 21st, 2014 Apogee helped sponsor an event honoring Lawrence Bender, Congressman Henry Waxman and Linkin Park for their incredible environmental leadership and activism in support of UCLA’s Institute of the Environment and Sustainability (IoES).  The Gala took place at Tony and Jeanne Pritzker’s beautiful home in Beverly Hills.  A few of the night’s highlights included leading environmental advocate, Bobby Kennedy Jr., and his wonderful introduction of the giant in the environmental field, Congressman Henry Waxman, as well as a hilarious “green” performance by comedian Bryan Callen.  Linkin Park spoke about how they came to found Music for Relief, and perhaps most inspiring and motivating was producer and activist Lawrence Bender’s speech at the end of the night. 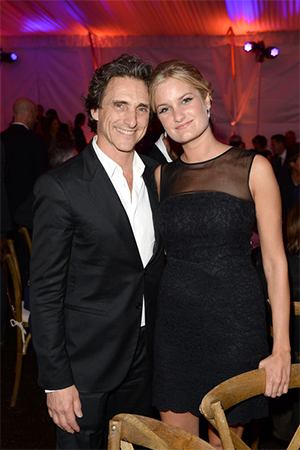 Here is an excerpt from Lawrence’s speech and his subsequent article in his green blog where he discusses the need to dispel three critical myths:

Myth 2 – Climate change deniers are so powerful that we cannot win the political battles required for meaningful change. Wrong! We can’t give in to the overwhelming money and lies perpetrated on the American people through the Koch Brothers and the petroleum industry. We have to fight back with the truth. We’ve been fighting climate change successfully in California for years, and we need to do it as a nation and in the rest of the world.

Myth 3 – The fight for a sustainable climate future has already been lost. Learning to adapt in a hotter world is our only recourse. Wrong! And that thought simply breaks my heart. I can’t bear the thought of my son growing up in a hotter world strained to the limits because of scarce water supplies, the rising, acidifying sea, and extreme climate. I want to be able to tell my son that humanity came together to take action before it was too late. We must be more aggressive and creative in how we fight for a sustainable climate future.

There are billions of people on the planet that use social media every day. We need to use social media to build a movement to reduce our dependence on fossil fuels, not just to tweet out photos of our last meal. We need to reduce greenhouse gas emissions with every purchase we make by eating local food, buying durable products and making low to zero carbon transportation choices whenever possible. And we should never abandon the democratic process. We need to vote and make every one of our votes at the local, state and federal level a vote for reduced carbon emissions and a sustainable future.

The stakes are so high. This gift of a planet is in mortal danger. We can save it — and ourselves — all it takes is the courage to act now.”

The night was inspiring and motivating – we at Apogee hope you, too, gain the courage to act now!

Recording Stevie Ann on the streets of SXSW

The Next Web – Truly pro audio comes to your Mac AND iOS devices
This site uses cookies: Find out more.
Scroll to top