There’s a handful of moments in life when we’re lucky enough to experience something so breathtaking and perfect that we’re reminded of just how much of a blessing it is to be alive. Beck’s private concert/live taping at Apogee Studio on April 16, 2014, was one of those moments. 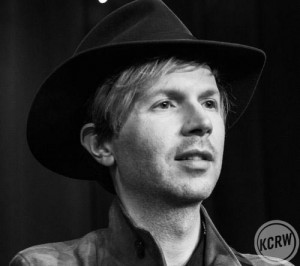 Beck performs to an intimate audience at Apogee Studio in Santa Monica, CA  BY LARRY HIRSHOWITZ

“This wasn’t just a concert. It was a party.” –The Daily Beast

As with all of KCRW’s Apogee Sessions, the show was recorded by legendary mixing engineer Bob Clearmountain with the help of Apogee’s flagship Symphony I/O converters to capture the performance in all of its sonic glory. You can watch/hear the session (recorded for KCRW’s signature music show Morning Becomes Eclectic) online today.

Listen to the session: http://www.kcrw.com/music/programs/mb/mb140423beck/#