This past summer, Pittsburgh became the 50th worldwide location of the Girls Rock! Institute, where a weeklong day camp was held for girls ages 6-16. Apogee Electronics was proud to sponsor the musical empowerment program, which aims to foster confidence and encourage creative expression for girls and women through music. The August session gave 30 campers the exciting opportunity to learn and practice instruments, form bands, write music and perform like true rock stars.

The busy week began with the formation of six bands amongst the 30 campers. In just five days, the girls in each band would learn an instrument of their choice, write original songs, and ultimately perform a live showcase for an audience of over 500 people. Workshops dedicated to songwriting, history of women in rock, instrument building and more educated the campers in between their band practices. Led by a knockout crew of seasoned musicians, artists, mentors and counselors, the girls relished the opportunity to build community in an all-female environment. 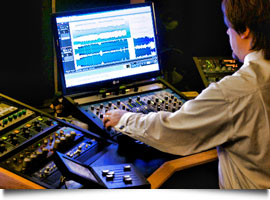 As a fitting conclusion to the memorable week, Apogee’s flagship Symphony I/O (complete with our 8-channel mic preamp module and Symphony 64 | Thunderbridge) was on hand to capture the exhilarating live showcase. A treat for even the most esteemed artists and engineers to use, Apogee’s legendary converters ensured that the girls were recorded with the best audio technology available. The first annual Girls Rock! Pittsburgh band compilation album (mastered by Grammy-winning engineer Garrett Haines) will display the terrific sonic detail of each band’s inspiring performances.

With the help of an enthusiastic team of volunteers and sponsors, Girls Rock! Pittsburgh camp was a huge success. The program is presently expanding to reach more and more girls around the world. To learn more and/or volunteer for Girls Rock! Institute, visit the site here: www.girlsrockpittsburgh.org.