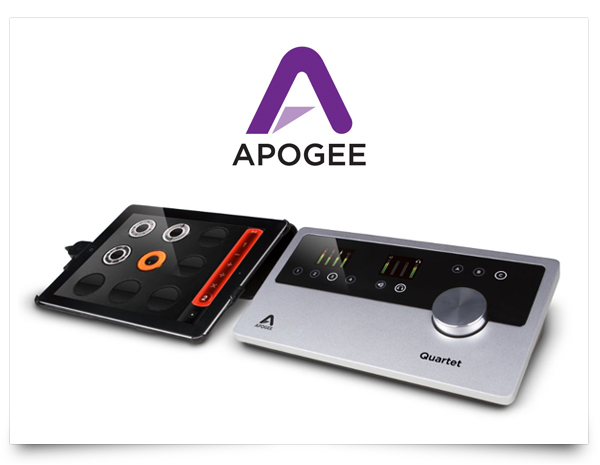 “The performance, which relied the iPad application Loopy HD, proved so popular that even Apple Chief Executive Tim Cook took notice on Friday, tweeting out the clip to his 425,000 followers and calling it “magical.””

While the iOS platform has been an unquestionably powerful creative tool since its inception, the idea of professional quality music recording on iPad was only recently made possible by Apogee’s unique audio interfaces like Quartet. The Apogee Quartet is a 4 IN x 8 OUT audio interface that allows you to connect microphones, instruments, speakers, headphones or other audio devices to iPad, iPhone or Mac.  Quartet was the first pro quality multi-channel audio interface designed specifically for iPad, making a direct digital connection via Lightning or 30-pin that charges the iOS device while offering the same quality and functionality as when connected to Mac via USB.

“We believe in the power of iPad to inspire creative people with a more intuitive and tactile way to interact with technology,” says Apogee’s Director of Marketing, Sean McArthur. “Our best-in-class audio interfaces provide the key to unlocking this power.”