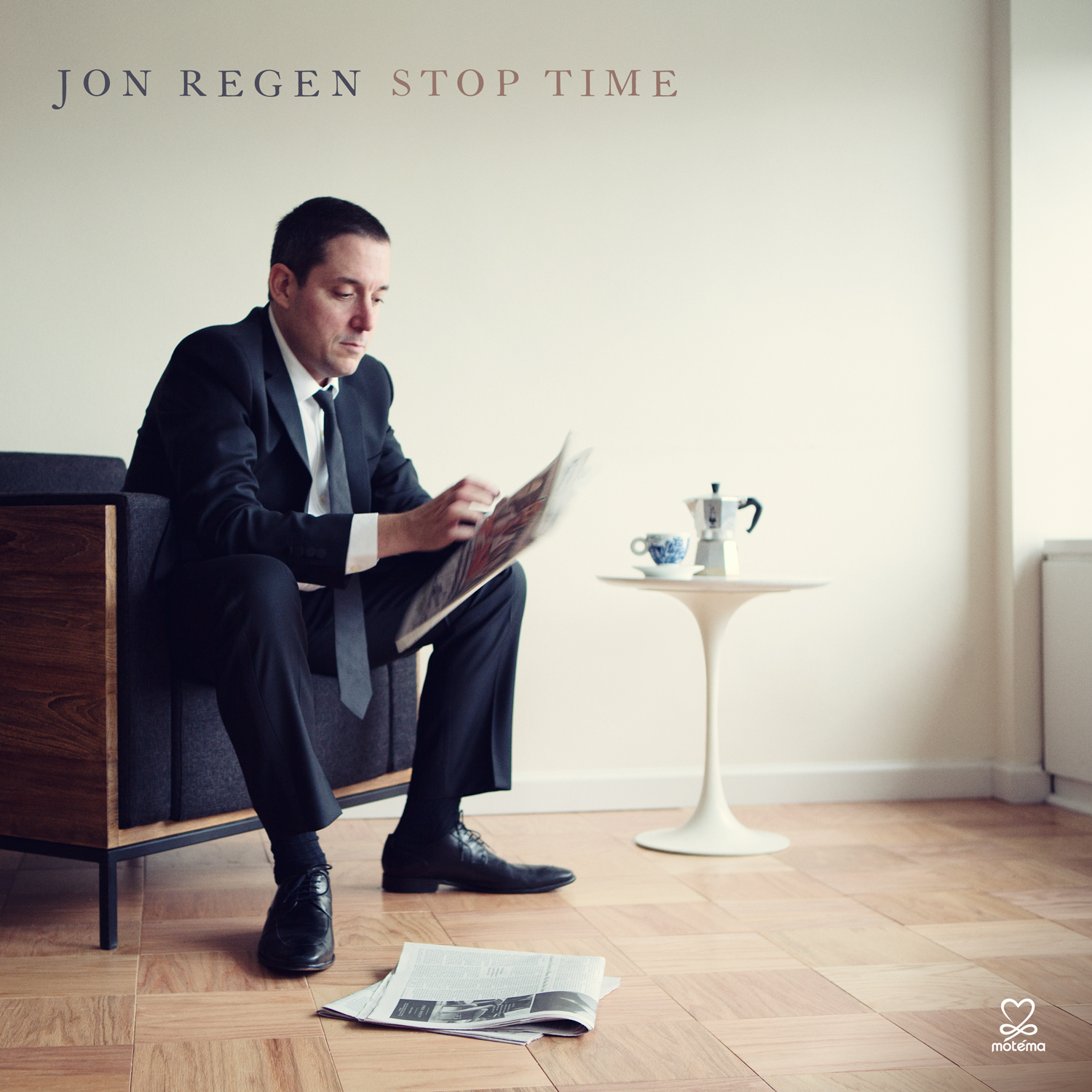 Teaming up with producer Mitchell Froom (Paul McCartney, Elvis Costello), Jon Regen set out to create a soulful story through his beautiful, jazz-inspired piano melodies and sophisticated catchy lyrics in his recently released album, “Stop Time”. After having released two self-produced albums, Regen’s collaboration with Froom allowed him to elevate his songwriting to a whole new level.  “Hopefully, each time you make an album, you’re telling a new story,” Regen says. “My last few albums, I was always juggling many hats at once. And that can be tough. Having Mitchell Froom at the helm of this project took a lot of weight off me. I could focus on writing, playing and singing, leaving the production questions up to him.”

Apogee’s Symphony I/O was utilized at every step in the making of “Stop Time” – from the first demo to the final mix.  Regen comments, “I have a Symphony I/O 8×8 + 8MP system in my New York City apartment studio, and I used it to record all the demos for the album. It’s such a seamless interface and the mic pres are spectacular.”

Regen knew the piano and vocal demos he recorded on his own sounded great, but he had always assumed that he have to track everything again from scratch when he started working Froom. “When I got to Los Angeles, some of those demos sounded so great, we used them on the album! Then Mitchell’s engineer David Boucher used his Symphony I/O system all throughout the recording and mixing process.”

With each new song, Regen challenged himself to make every component the best it could possibly be. “For me, the best part of the entire process was watching these new songs come to life. I would have a fragment of a song in my head – a lyric, a chord progression, a story in my head – and little by little, like polishing a gem, they would reveal themselves. Mitchell was an amazing collaborator – he was a hell of a cheerleader and kept encouraging me to keep writing until I felt I was done. So I did!” 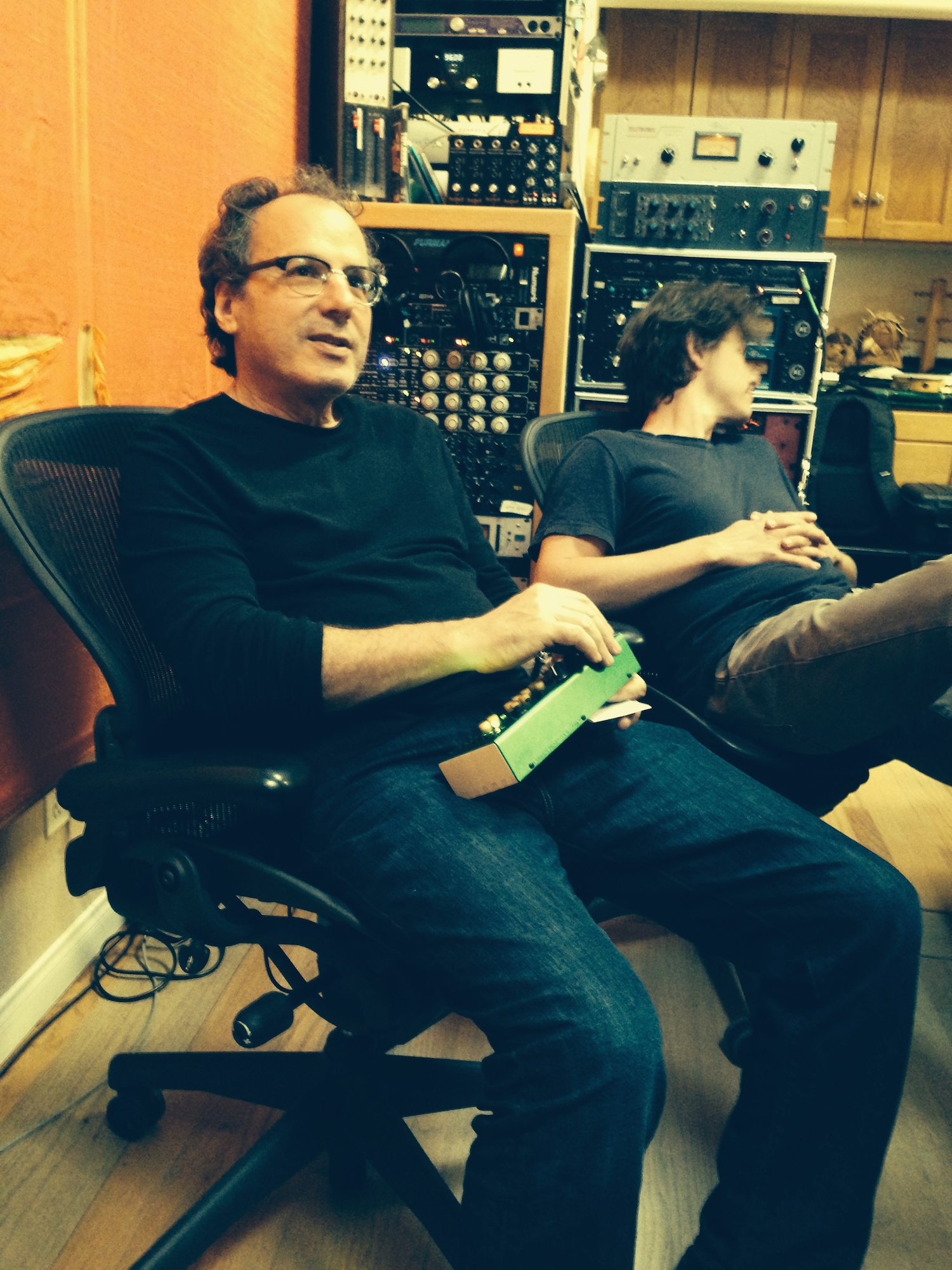 Q: Can you walk us through your typical process for creating a song – from writing the first rough idea to the final recording?

A: That’s both a great and a challenging question, because each song is really its own beast. The title track of Stop Time came together in a burst of happy coincidences. I had just finished performing on the London Jazz Festival in the fall of 2013 when I was invited to a party at a friend of mine’s home. Ten minutes after arriving, I ran into the actor Jeremy Irons, who I’m a huge fan of. I said to him, “You’ve got to let me take a picture with you.” And he replied, “I’ll let you take a picture with me if you play the piano for me!” So, with the effects of too many glasses of champagne in full swing, I went over to the home’s aging grand piano and instinctively, my hands settled into a bluesy, New Orleans kind of vamp. All of a sudden, Jeremy grabbed a cello he found hanging on the wall, and joined-in with me, playing it like it was an upright bass. We continued on that impromptu jam for the better part of 20 minutes. (You can see actual footage of that jam session in the album trailer HERE ). A few weeks later when I was back in New York City, I took a set of lyrics I had written about a guy who watches his youth slip away and desperately wants to stop time, and combined them with the bluesy feel from my jam with Jeremy. The resulting song “Stop Time” opened the creative floodgates for the new album and the other songs that would follow. So you never know when and how a song will show up. You just have to be ready when it does!

Q: What was your favorite part of the recording process?

A: There were so many amazing moments during the making of Stop Time, from recording with Davey Faragher and Pete Thomas (from Elvis Costello and The Imposters), to my daily conversations with Mitchell about a myriad of song ideas. But probably the moments that stand out the most were when Mitchell was adding his signature keyboard parts to my songs. I can still remember exactly where I was when I first heard his Hammond B3 solo on Crowded House’s “Don’t Dream It’s Over.” At that time, I was a young kid growing up in suburban New Jersey, dreaming of making a career in music. That first Crowded House album took me somewhere I had never been before. Mitchell makes music that transports you. So watching and hearing him do the same thing on songs of mine, like his sonic symphony of keyboards on my song “Home Again” was an experience I won’t soon forget. 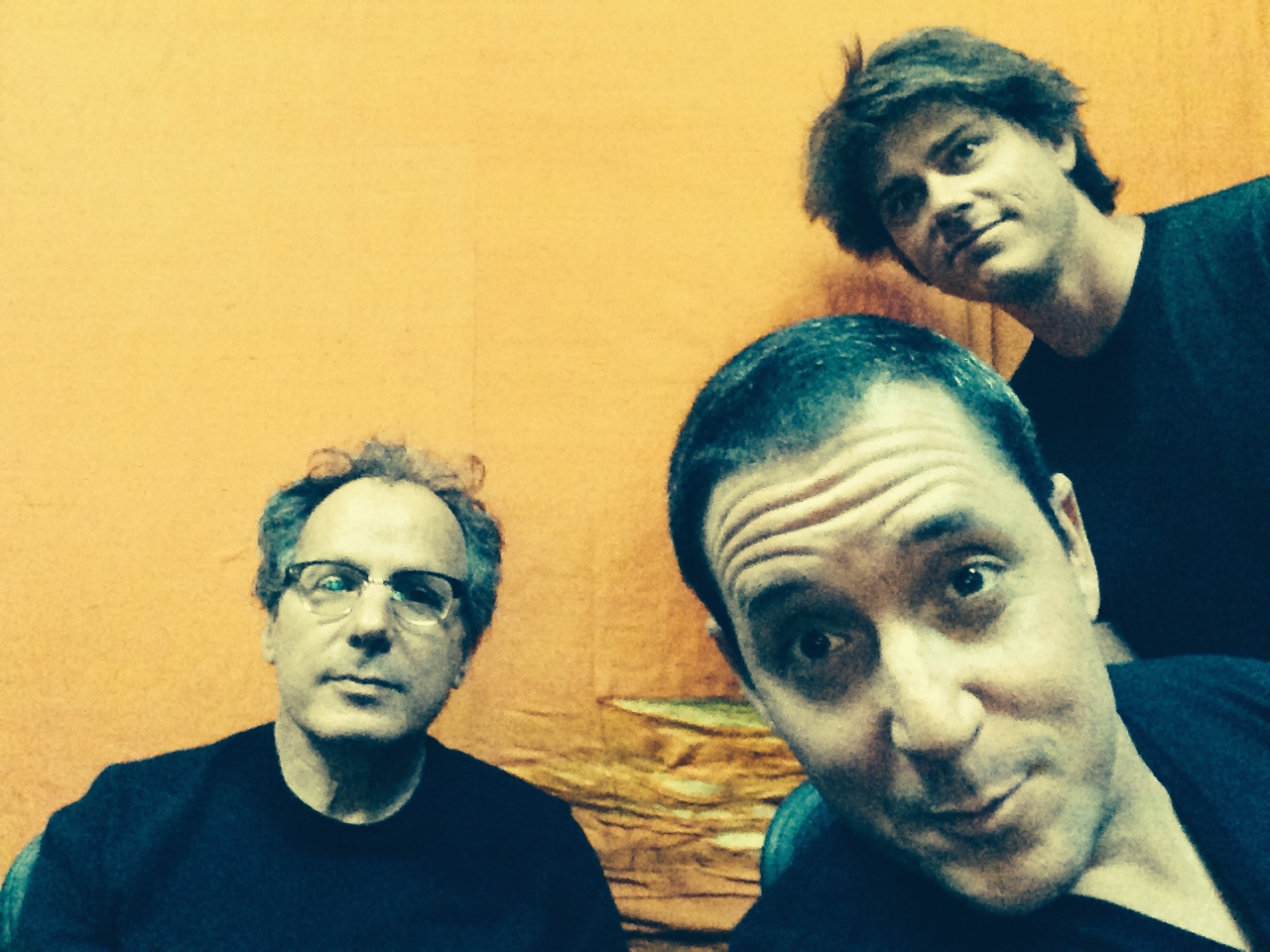 Q: What was the biggest recording challenge for you guys during “Stop Time”?

A: For me, the biggest challenge was the tremendous time constraint I was under. Before I started recording the album with Mitchell, I was on a 36-straight-show tour across Europe with my band. So I basically had a few days before the tour to record the song demos for Mitchell – then he would work on the arrangements and production ideas for them. I also continued writing songs while I was on the road – in fact, a few of my favorite songs on the album came late in the writing process. A few days before flying to Los Angeles to start recording, I cut the last few songs into my Apogee Symphony I/O, and we were off! All in all, from start to finish, the album was recorded and mixed in 23 days.

Q: What is most important to you when choosing gear?

A: It’s very simple for me. All I want to know when I’m buying gear is, “HOW DOES IT SOUND?!” That’s why I own and use Apogee products. Every piece of Apogee gear sounds incredible.

Q: What is the most important thing you learned when recording this album?

A: Do the work. Dig deep and don’t stop until you literally run out of time. Hire talented, kind people to work with you. And of course, always use Apogee!