How to Record Acoustic Guitar – Part 1

Now we’re talking about micing an acoustic guitar. You can see my lovely assistant Sergio here has a beautiful Gibson, I believe it’s a J45, which is a beautiful sounding guitar. Of course you can do it with any acoustic guitar. And we are, for this particular thing, using a Neumann U87, which is a very good, it’s sort of the workhorse large diaphragm condenser mic of the recording studio, of course you can use any mic. I would suggest if you can use a condenser mic it’s usually best for acoustic guitar, I don’t know why, they just seem to sound better.

But any way there’s not that much to it, you just want to get it fairly close to the guitar, not too close, like I wouldn’t get it any closer than about 10 inches, unless it’s a really quiet picking part, but if there’s any strumming involved in fact the more strumming the farther back you want to get because what happens is acoustic guitars tend to get very boomy the closer you get because of the proximity effect on the microphone you’re going to pick up more of that boominess and it’s not going to be a clear sound. So actually getting a bit back, at least 10-12” back is generally good and I always end up rolling off the bottom end of acoustic guitars in the mix anyways so that there’s room for the bass.

If it’s only an acoustic guitar recording, there’s no other instruments, it’s not going into a mix with other instruments you can put it more maybe like that so it’s right in front of the hole, but if it’s actually part of a track with other instruments where there’s especially a bass and drums, putting it off axis a bit is going to be a little, probably going to be better but as I always say try different things see what works. This microphone has a built in roll off and a pad and I usually turn both of those off. If it’s getting to booming sounding, you might try the roll off. It’s a multi pattern microphone and it’s got the cardio pattern selected so it’s rejecting any sound out here.

You set your preamp so it’s not distorting and you’re not in the red, it’s going to pretty much sound the same. I’ll ask the guitar player to play the loudest thing he can possibly play and then set it so that it’s just a few dB under full scale, under going into the red, that’ll work fine, and if it’s a bit lower than that it’s not really going to make a whole lot of difference. 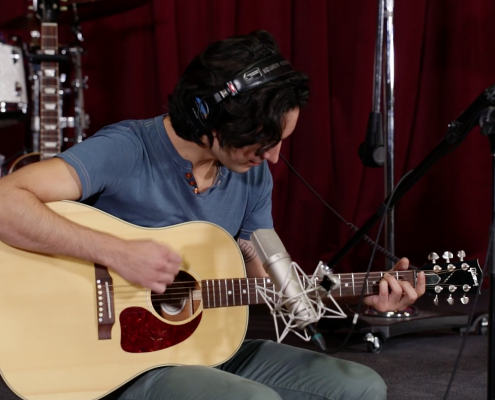 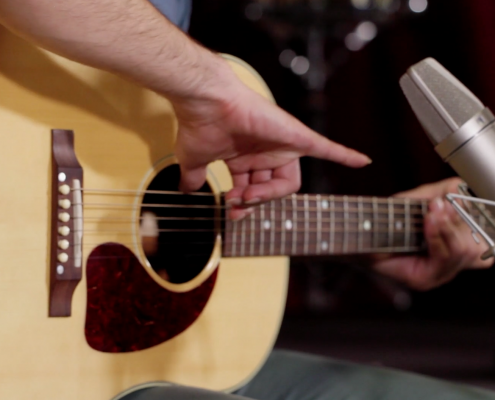 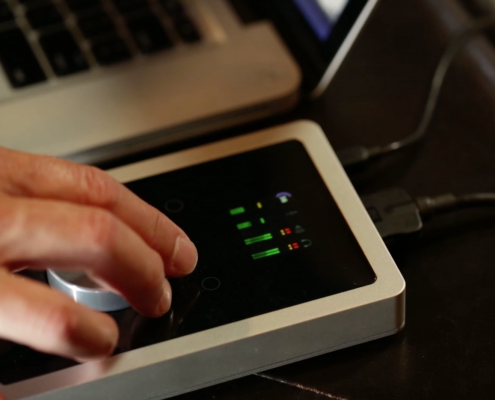 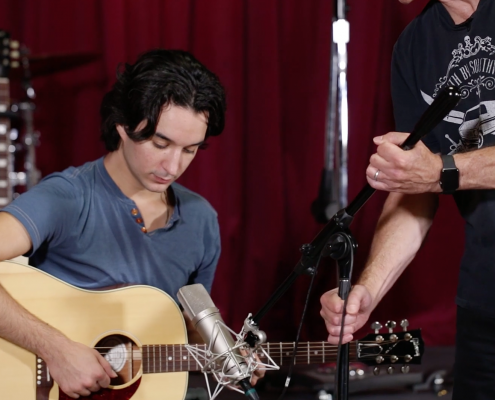