How to Record Acoustic Guitar – Part 2

So basically we’re back to using the U87, fairly close to the hole on the acoustic guitar. And here’s another mic that’s just pointed up at the room just to get some ambiance.

Now if you’re recording on more than two channels, you have, say you’re recording with a Quartet instead of a Duet, it’s nice to make this ambient mic stereo because then you get a really nice beautiful stereo picture of the room, and not only that but for, if you happen to be mixing in surround it’s great to put that stereo pair in the rear, which is, I do that quite a bit, I do a lot of surround mixing. 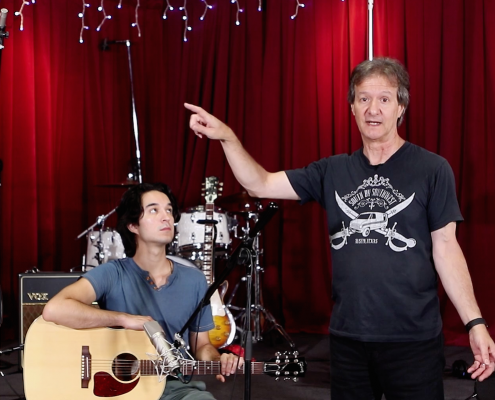 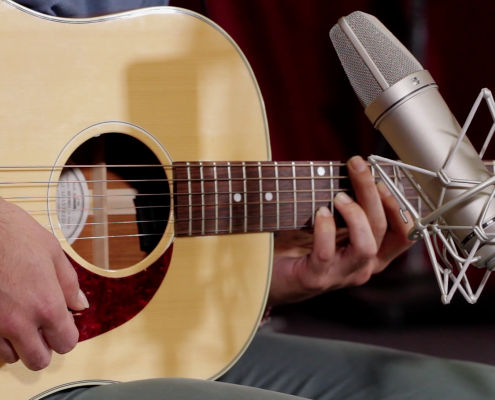 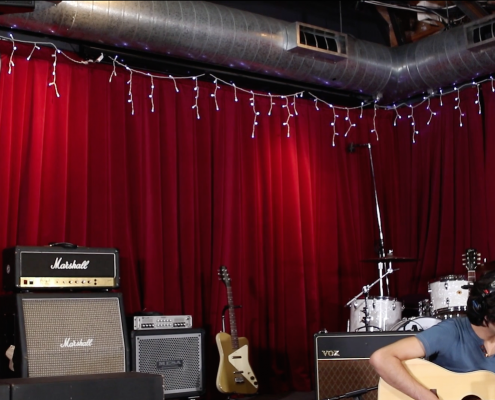 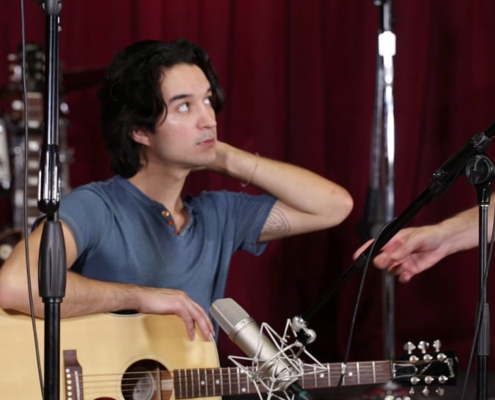