How to record an electric guitar amp – Part 3

Now I want to talk about a little trick I used to do back in the 80’s; and just because it was in the 80’s doesn’t meant that it’s bad, we actually did some pretty cool things back then.

This is using two microphones. The first microphone is an SM57, just like the way I was talking about before, slightly off-axis in front of the amp.

Now the second microphone is also an SM57. Could be any other mic that you want, but I’ve always done it with an SM57. Now it’s pointing the opposite direction of the amp and there is this hard surface, we use these little…they’re actually speaker stands to create almost like a little chamber here.  What happens is the sound bounces off of this hard surface over there. That could be a gobo, could be a door…it could be a wall, it could be any kind of a hard surface. The sound bounces off it and into that microphone. It’s not a reverb or a delay or an ambience of any kind. It really creates a comb filter effect, and it works mainly on distorted guitars. It wouldn’t sound very good on a clean guitar, probably. I’ve never used it on a clean guitar but on a heavy distorted we used to use for Bryan Adams quite a bit back in the 80’s and I think Simple Minds and The Pretenders some of the things that I did back then. You can get this gnarlier kind of a sound… It’s like a very short delay, like a few milliseconds, but it’s not only a short delay, it adds the character of whatever the wood is that you’re using to bounce off the microphone.

You can alter the sound quite a bit by moving this microphone back and forth. There’s no set distance, you can try different sizes – I mean this is about what we used to use…Was a little longer than this actually – about eight or ten feet, something like that. It’s amazing the variety of sounds that you can get just by doing this and you can get a more of an aggressive sound than just one microphone or even two microphones in the front. It’s quite interesting – it’s something you may want to try. 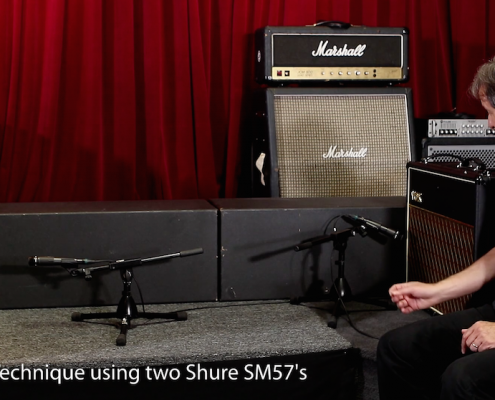 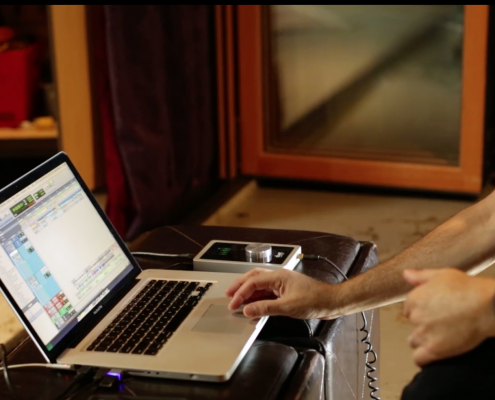 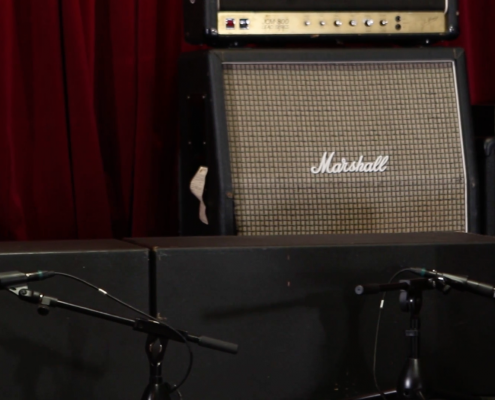 Congratulations to the 58th Annual Grammy Nominees
Scroll to top