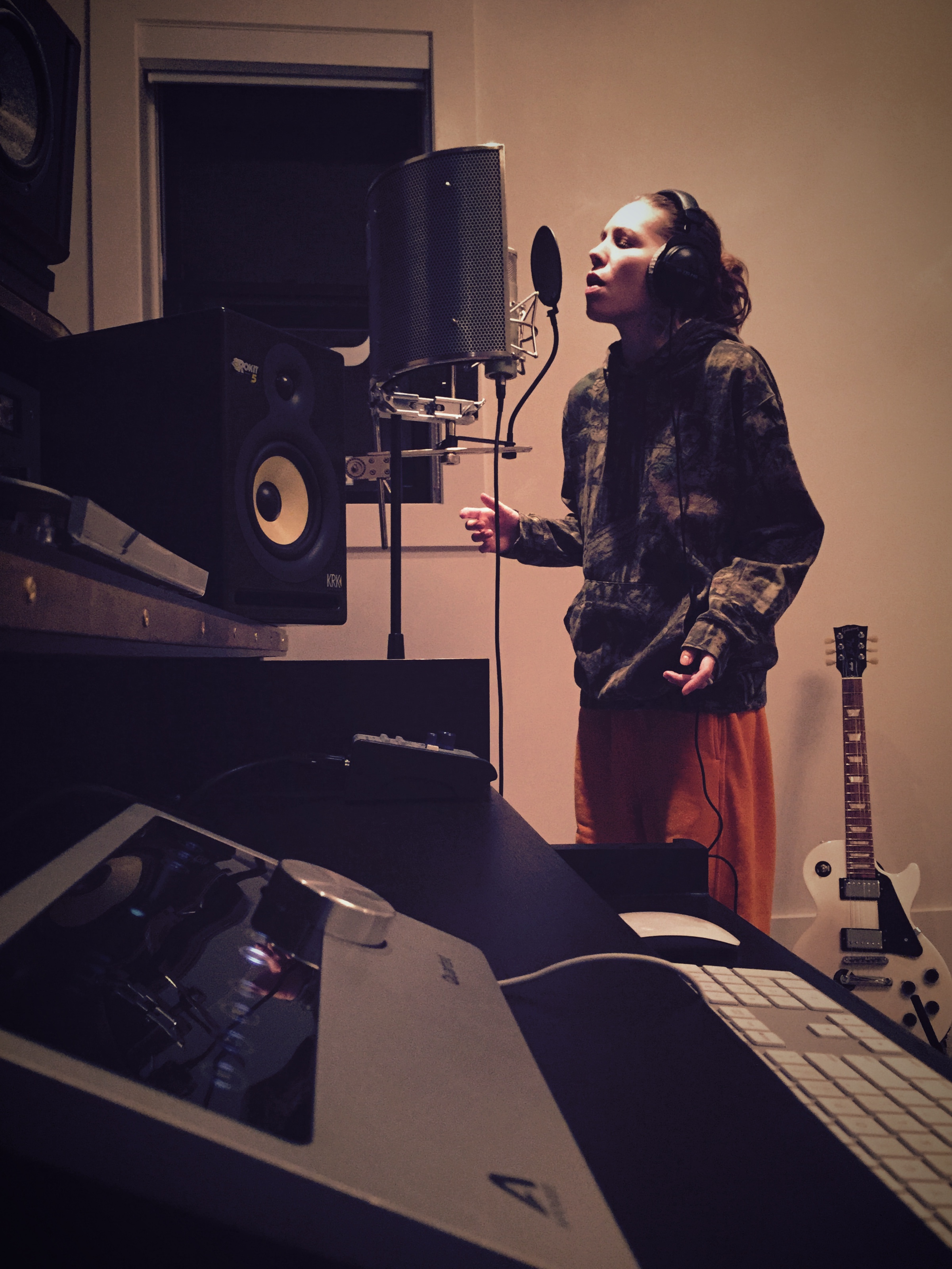 Writing and recording the majority of her songs from her home in Utah, singer/songwriter Skylar Grey is able to remain comfortable, in her element and capture her most organic performances. Her vocals on the recently released track with Nicki Minaj “Bed of Lies” – written by Grey –  were recorded entirely from her home with the help of Apogee’s Quartet. This setup has become the go-to rig for Grey as it allows her to efficiently write songs, record and send them to the biggest artists, producers and mix engineers in the world without having to leave the comfort of her home.

Recording radio-ready tracks from home was not always possible for Grey, as other compact recording interfaces she tried simply wouldn’t cut it. Prior to discovering the Apogee Quartet and Duet (which she used to record all vocals on her album “Don’t Look Down”), the interfaces she was using had too much noise, limited dynamic range and the analog-to-digital audio conversion would make her tracks sound thin and brittle.