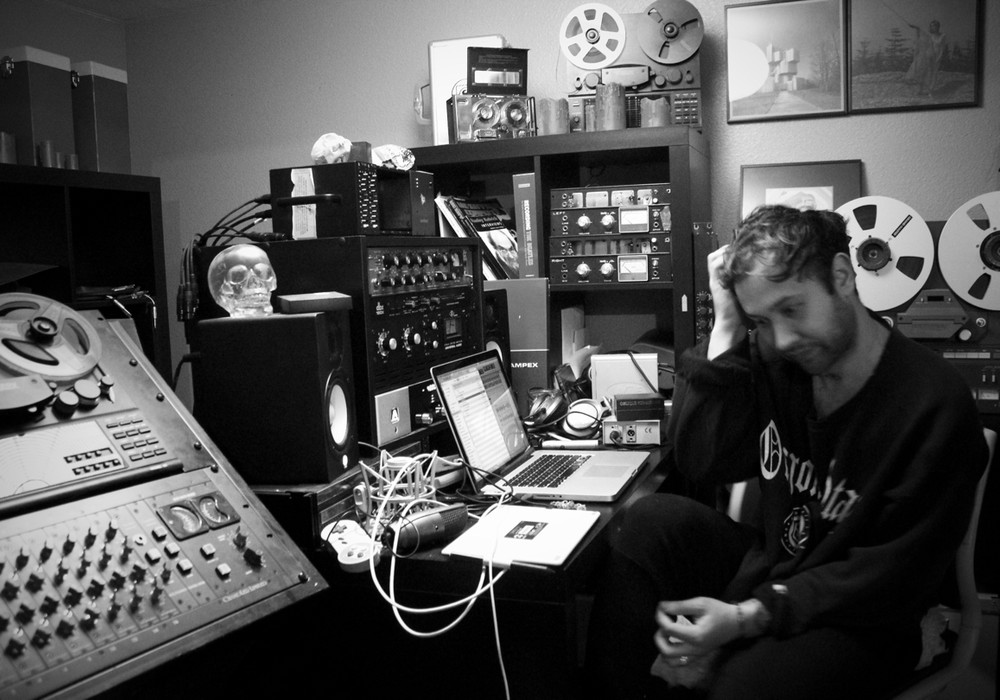 Unknown Mortal Orchestra: Time in the basement with Ruban Nielson

You moved over to the Apogee Symphony converter recently.

It was quite exciting to go from having almost nothing to having a lot of serious stuff. I bought it, plugged it in, and it was like, “Really? That’s all?” I downloaded the driver and it was recording.

Did you notice a big shift in sound quality going through the converter?

Yeah. I have a lot of friends who know way more about this than me. I said, “I think I need a new converter.” My friend said, “Of course you do!” I was thinking about getting an [Apogee] Quartet, but when I looked it up I figured I might as well spend the extra money to be able to do eight channels.

And you can add to it.

Right. It seemed like a smarter idea. I figured I’d probably have it for a long time. I think the thing I discovered is that transients hit harder. There’s some kind of punchiness that I can get out of it. I don’t have to sit around trying to make things sound good. I was dealing with that on the first two records, recording sounds that sounded terrible and then trying to make them sound as good as they could.

New York Times – Listening for the Headphones You Want