Leveling up Your Voice Acting Career: Jeremiah Mullins On the Path from Demos to Bookings 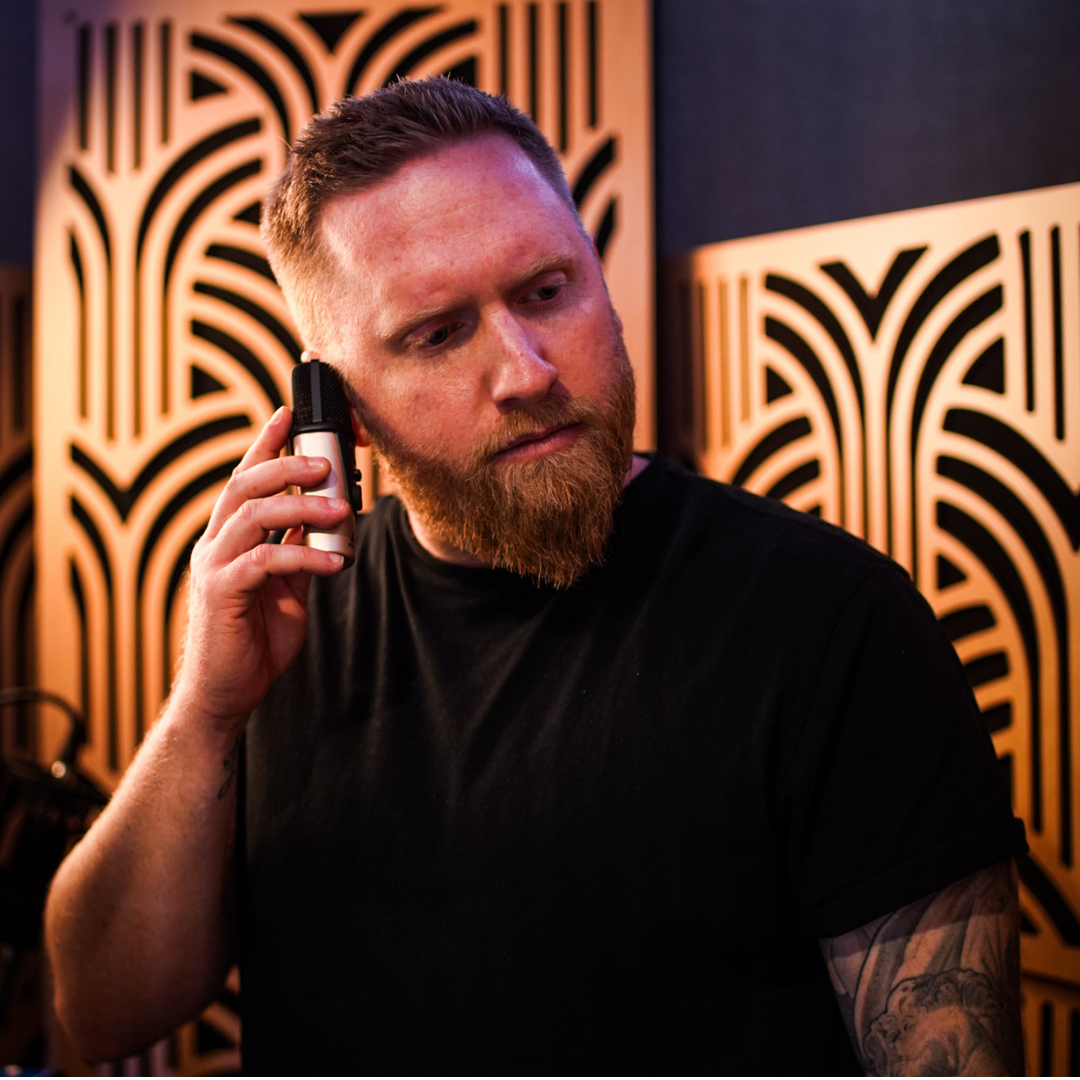 In our previous article , we spoke with professional voice actor Jeremiah Mullins about how to get started in voice acting—including learning your craft, setting up a home studio and mastering some basic technical skills. In this article, Mullins gives some advice for navigating the next phase of your voiceover career. Read on to learn about creating a demo, finding work, building relationships with agents and managers, and deciding whether to join a union.

Once you’ve gained some experience and confidence as an actor and have a suitable home studio setup to work with, the next step is to record a demo to send to potential clients. Your demo will likely be the first impression potential clients get of you, so it’s extremely important to do it right.

While it may be tempting to throw together a quick demo just to get yourself out there as soon as possible, Mullins recommends taking your time to make your demo track the best it can be. The voice acting field is thick with competition, and agents and casting directors have to comb through many demos so you need to be sure yours stands out.

“Most likely, you’re only going to get one shot with an agent, so it’s important not to send out your demo until it’s ready,” Mullins cautions. He adds that if you make a lackluster first impression, it’s unlikely that an agent will consider you again. “Agents have assistants that will remember if they’ve already dealt with you before,” he says. “They’ll think ‘Oh yeah, I’ve already heard them, no thank you.’”

Mullins suggests recording mock demos and sending them to your trusted friends and mentors to get their input. Although it can be tough to hear honest feedback on your work, it’s much better than having your demo shot down and never hearing back from an agent. In Mullins’ case, it took years of practice and feedback from his father (who is also a voice actor) to craft a worthy demo.

“I would do a demo and be like, ‘Dad, what do you think of this?’ And he would say, ‘It’s good. You’re not ready yet, though.’ Then years would go by and I’d be like, ‘Hey dad, I’m working on this new demo.’ And he would say, ‘Cool. You’re still not ready yet.’ It was my third or fourth rendition of just sending my dad demos, and in 2019 he said, ‘Yeah, I think you’re pretty good now and you’re ready to pursue full-time voice acting.’”

After spending so much time and energy on making a professional voice acting demo, it’s well worth giving it a little extra attention to make sure it really stands out. Mullins recommends working with a demo producer to give your demo that extra layer of polish. “There are people like Chuck Duran in Los Angeles, and demos and training can also be executed remotely with great producers like Cliff Zellman and Eric Romanowski ,” states Mullins.

When your demo is finally ready for the world to hear, put it on your website, YouTube channel and social media accounts to make it easy to find. After spending so much time on it, you want it to be the first thing potential clients see when they look you up. But a passive approach isn’t enough—if you really want to find work, you’ve got to actively seek it out.

GETTING YOUR FOOT IN THE DOOR

The first place most people start when looking for voice acting work is in their own creative communities. This could mean talking to friends and peers, looking for opportunities on social media, or reaching out directly to crowdfunding campaigns. However, keep in mind that these people may be receiving lots of inquiries from people just like you, so be extra thoughtful about how you approach them.

These options are a great way for new voice actors to get their foot in the door, but if you really want to find steady work, consider working with a talent agency. Many voiceover agencies maintain large rosters of voice actors, fielding requests from producers and casting directors and helping them find the right talent for their needs. In exchange, an agency usually takes a cut of your profits from any gigs they help you land.

“You don’t have to be a hotshot to work with an agent,” Mullins shares. “You don’t have to have your dad being a voiceover artist or anything like that. You can send your demos to agents—remember, they’re actively looking for talent. It’s not hard to get a direct email or phone number and cold call agents.” 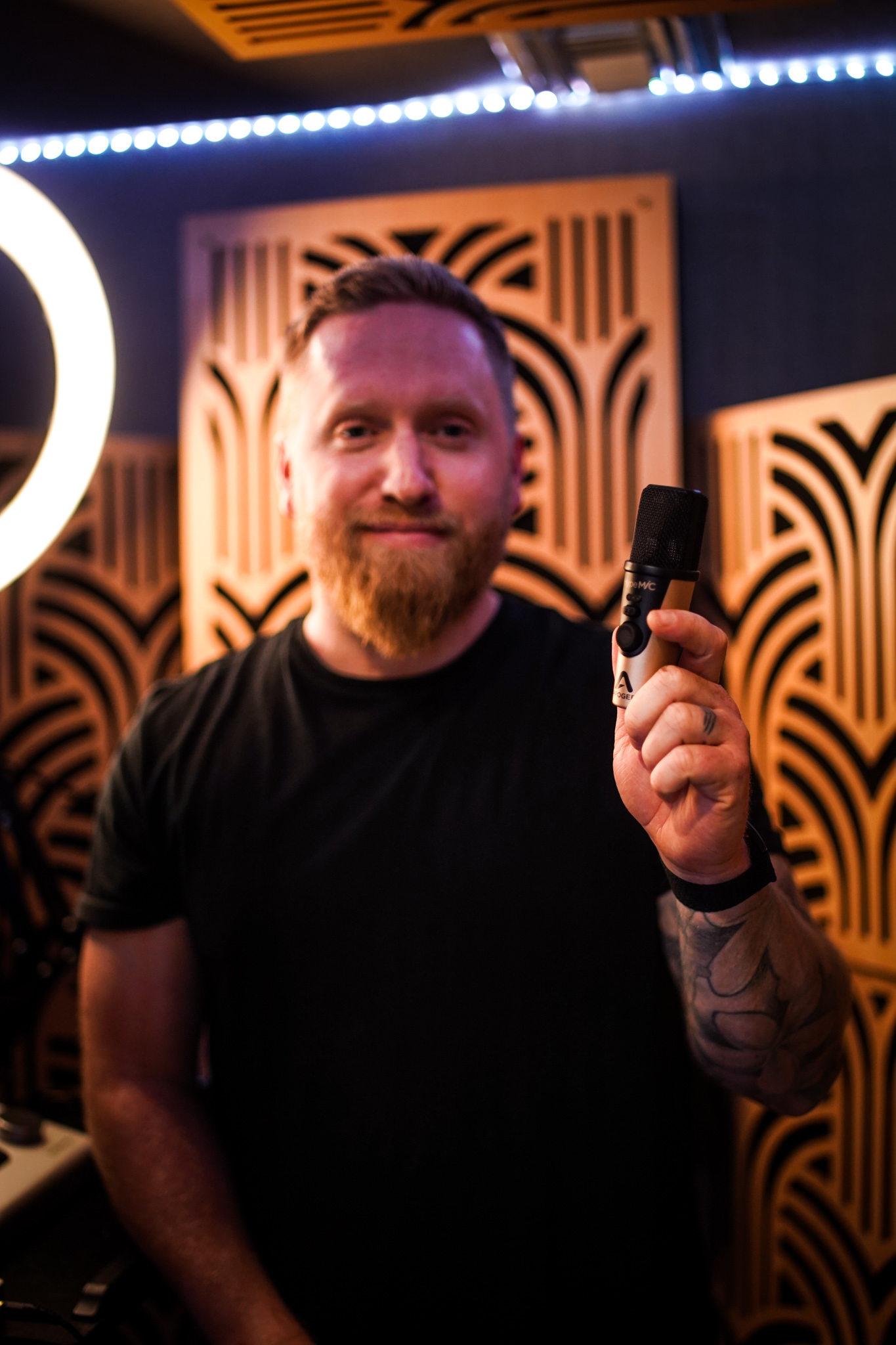 Setting your rates can be one of the toughest parts of being a professional voice actor. On one hand, you want to price yourself competitively to entice clients into hiring you. But Mullins cautions against lowballing yourself and recommends setting your rate higher than what you might think you’re worth.

“As far as rates go, you want to aim higher,” encourages Mullins. “You’re probably worth more than you think. While it’s possible for someone to get voiceover work done on crowdsourcing sites for a low rate, they aren’t going to get the same level of quality as they would working with an experienced actor.”

When you start getting legitimate work involving contracts, you need at least a baseline understanding of legalese so you know how to protect your rights. Some voice acting deals are “buyouts,” which means the client pays up front to own your work outright, rather than licensing it from you. The terms of these buyout deals can vary a lot, so you need to know what you’re signing up for.

“Be wary of the details of the buyout,” cautions Mullins. “For example, let’s say a really small car company offers you a buyout for $2,000. You might be enamoured with the rate, but if the contract terms require exclusivity, it could prevent you from getting another better, bigger gig from a larger auto manufacturer.”

“Don’t be afraid to negotiate,” he continues. “Know your worth before you start agreeing to stuff. My general rule is whatever you think you should make, it should probably be double at the minimum. At the same time, though, I still do stuff for free sometimes if there’s a chance it could lead to a bigger opportunity. It depends on the job, on the relationship and your understanding of the VO landscape to be able to negotiate for yourself. That’s the best part about having representation, as the bulk of the negotiation can be done for you.”

“It’s good to know other people in the industry,” says Mullins. “For example, taking acting classes gives you a chance to learn from other people and build connections. I’ve gotten so many gigs simply because I knew somebody and they knew that I would be easy to work with. Or when an opportunity pops up, they think of me because I just spoke with them last week.”

WORKING WITH A MANAGER

A manager can be another great resource to help you in your career. Some managers simply help you navigate the business side of things, while others form a close working relationship with you, providing career support and helping you find work.

“I know some people that are represented by one agent and they make a great living. They don’t even have a manager,” states Mullins. “However in my experience, working with a manager can be helpful because a lot of buyers go to managers directly. If you’re on a small roster with a manager, your chances of getting a gig skyrocket simply because it’s a much smaller talent pool and buyers go to them directly.”

“In my case, I’ve found significant advantages to being with a manager because they’re kind of a mentor as well,” continues. “Not all agents can provide that relationship because of how large their roster is. But when you’re with a manager, they help you with contracts and negotiations as a trusted partner. For me, having a manager was a huge benefit because it helped me to have a better chance with smaller clientele.”

With the demand for high-quality voiceover talent increasing every year, it’s a great time to get involved in the industry. From building your voiceover studio setup to producing a demo and finding gigs, there are a lot of factors to consider—but the satisfaction of building an exciting career as a voiceover actor makes it all worth it.

“When you’re getting involved in voiceover acting, you’re not just an actor—you’re an audio engineer, a business manager, a marketer, and a researcher,” concludes Mullins. “You need to make sure every area in your career is covered. That hard work for yourself never stops.”

Link to Part One – https://apogeedigital.com/blog/the-apogee-guide-to-voiceover-recording-part-1-voice-actor-jeremiah-mullins-on-getting-started

Get 50% off Apogee Plugins when you buy Duet 3, Symphony Desktop or Symphony...
Scroll to top