This Thursday May 3, Amnesty International will celebrate 50 years of service to human rights. In honor of this event, more than 50 prominent musicians have come together to release an original recorded song, “Toast to Freedom” – a project that began in Levon Helm’s Studio in upstate New York and grew to include tracks from studios all over the world. The song, which was produced by legendary producer/mixer and close Apogee friend Bob Clearmountain, will become available this Thursday, the day of the anniversary, as well as performed live on the Jay Leno Show that night.

Clearmountain, Apogee CEO Betty Bennett and members of Apogee staff have dedicated countless hours to Amnesty International throughout the years and continue to show their support in any way possible.

For more info on the “Toast to Freedom” project, please check out
http://www.amnestyusa.org/about-us/amnesty-50-years/toast-to-freedom

For more info on how to get involved with Amnesty International, please check out www.amnesty.org/ 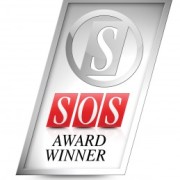 Apogee’s flagship audio interface, Symphony I/O, has been voted “Best Computer Audio Interface” in the Sound On Sound 2012 Readers Poll! In December 2011, it was announced Symphony I/O was a contender for the award and the readers came out in full force supporting Apogee’s best sounding interface. At the NAMM show in January 2012, Sound On Sound staff stopped by the Apogee booth to present the award where it then displayed proudly for the remainder of the show. 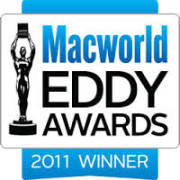 Apogee Electronics was awarded the 2011 Macworld Editors Choice Award for JAM, its studio quality guitar input for iPad, iPhone and Mac.  For the past 27 years, Macworld has awarded the editors favorite Apple-related products released each year.  This year, JAM was among 23 products to be recognized out of over 130 candidates for fulfilling the editors standards of quality, utility, innovation, value, and excellence.

JAM brings the legendary sound quality of Apogee to iPad, iPhone and Mac for just $99. Now guitarists can have a pocket-sized, plug in and play interface at an unprecedented price and experience ultimate tone with the guitar amps and effects in Apple’s GarageBand software or other compatible applications.  Unlike similar guitar adapters, JAM is a high quality interface that makes a digital connection to both iOS devices and Mac. The Apogee engineers responsible for JAM’s sound quality have created professional audio hardware found in recording studios around the world and heard on countless hit records.
The personal studio will soon become even more portable and powerful with the release of MiC, the most compact studio quality USB microphone available for iPad, iPhone, and Mac.  With the ability to capture your best take with incredible quality, wherever your music takes you, the creative possibilities are endless.

As Men’s Journal reminds us, “It’s never too early to start thinking about the holidays. (What you want to receive for them, of course.)” So take a look at their best picks from the year.

Affix the Jam into your iPad’s connector port and you’ll be able to plug in your guitar directly to it and record licks straight in Garage Band, essentially allowing you to bring your studio anywhere. The only thing limiting you now? Talent. -Men’s Journal