In Studio with Rich Costey and Symphony I/O Mk II 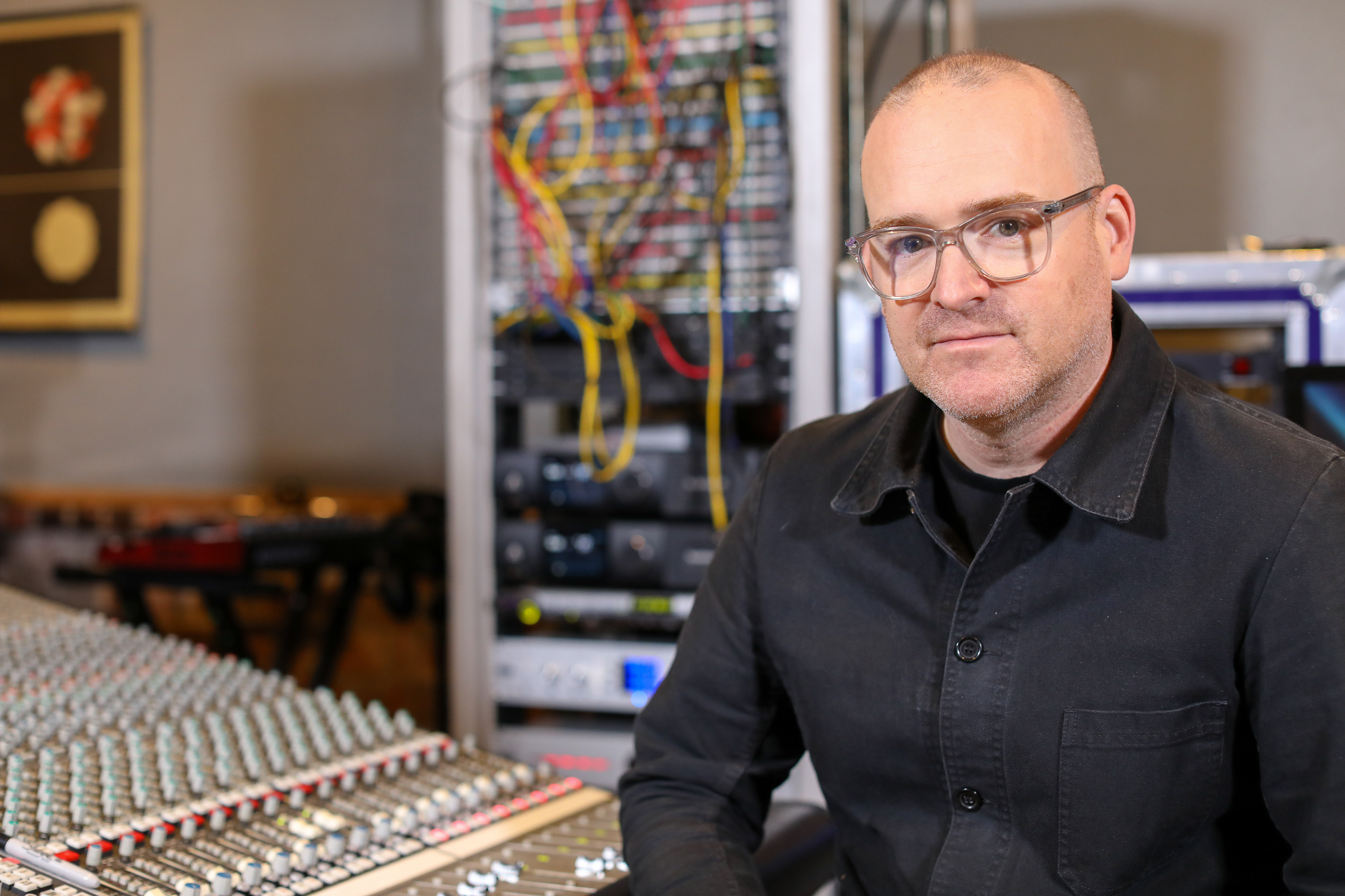 Rich Costey is a multi-platinum, multiple-Grammy Award-winning music producer and mixer. He’s worked with a truly diverse set of artists – Fiona Apple, Foo Fighters, Of Monsters & Men, Muse, Sam Fender and many others.

Apogee’s Director of Product Evangelism Roger Robindoré recently sat down with Rich at his Santa Monica studio to discuss workflows, his recent choice of Apogee Symphony I/O Mk II interfaces, and the album that started the calls from major artists and producers –  that haven’t stopped since. 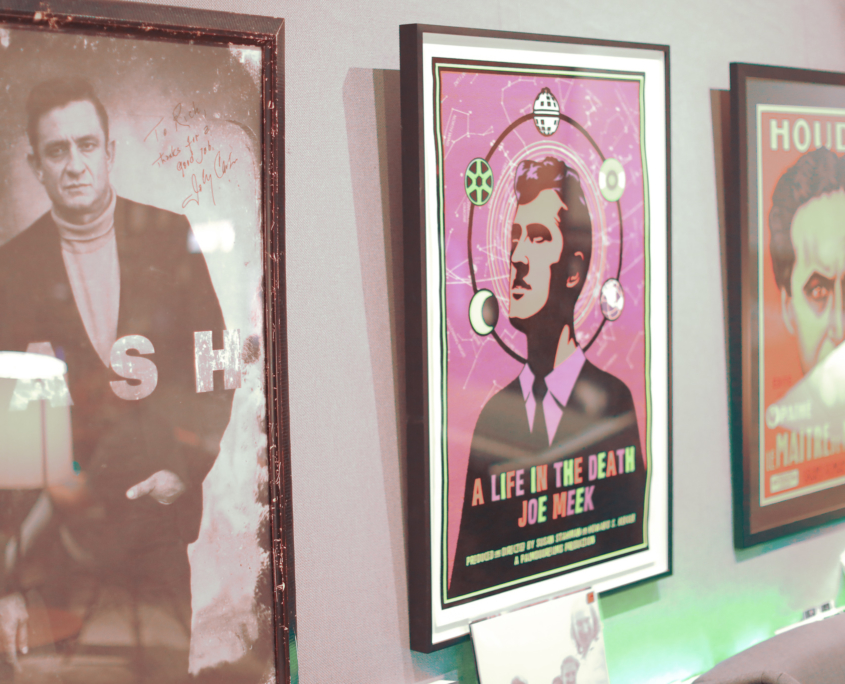 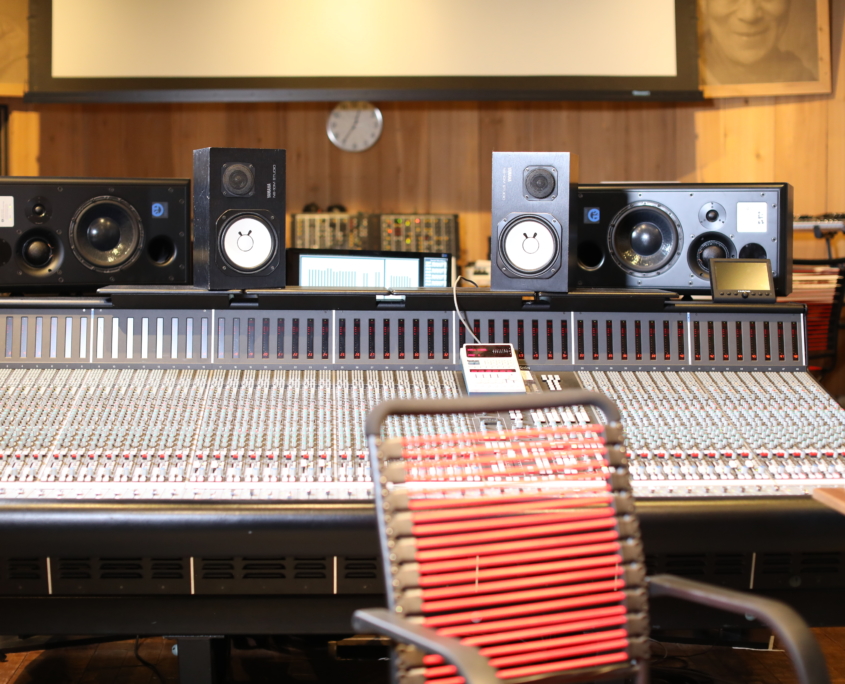 Apogee: My first question was going to be about your mixing workflow – in the box, all analog, or somewhere in between – but looking around it’s pretty clear you’re not all in the box!  Have you ever attempted an in the box workflow, and what’s been your evolution?

Rich Costey:  I tried completely in the box, and that didn’t work for me – others have been able to figure it out with great success, but I haven’t. The next thing I tried was using a combination of summing mixers that I did quite a few records with and worked pretty well. It all started when I had a 48 channel console and I developed a stem mixing approach to “funnel” the vast number of tracks that most sessions have these days down into a more orderly amount. I then shrunk this further and further down, but ultimately I found I really missed both the tactile interaction of an analog console and frankly I missed the sound of it as well.

With an in the box workflow, the number of A to D and D to A conversion stages increases as you add hardware inserts into your DAW session, and I feel like these extra stages create a perceptible distance between the listener and the music. Conversely, the fewer the conversion stages, the closer the music feels to me, and the easiest way to do this is with a big analog console. Ultimately, that’s what it comes down to – it just sounds better to me. 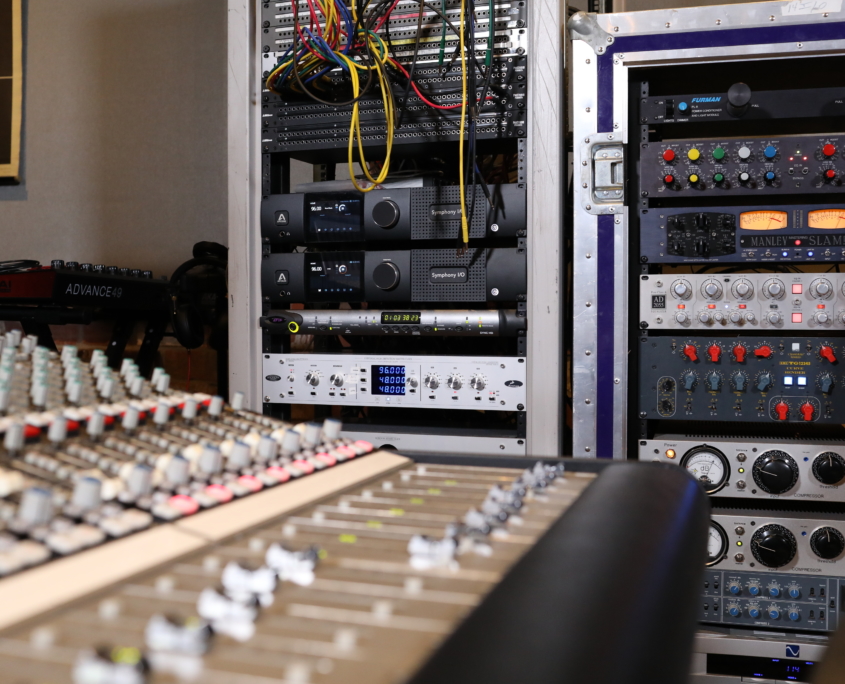 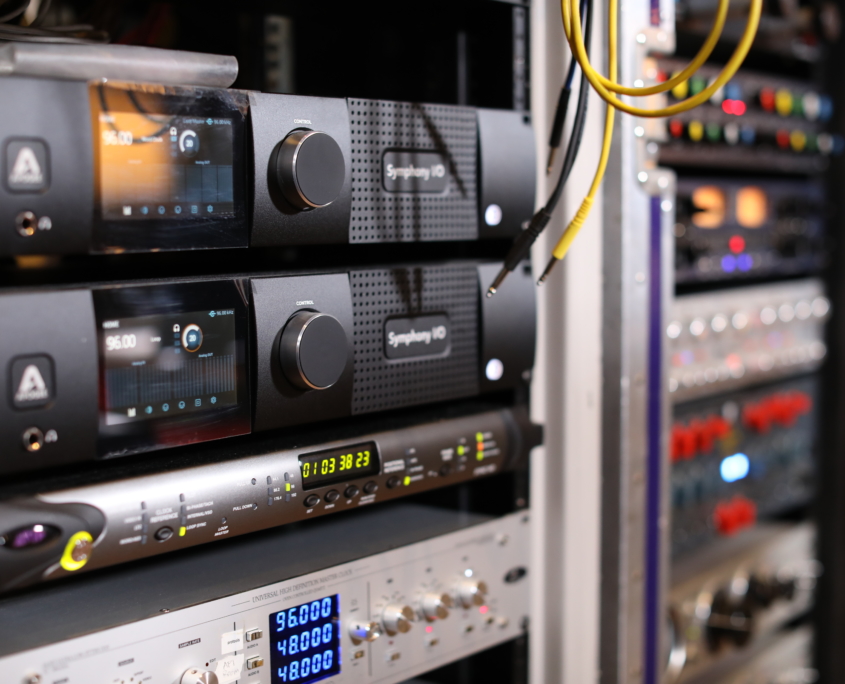 So how do you handle recalls, given the rather unrealistic expectations for even the biggest mixers?

Yeah, the recalls seem to never end, even in some cases after the mix comes out! My current console, an SSL Duality, has features to make recalls easier, but I’ve changed the way I work as well. I’m not using anywhere near as much analog EQ as I did, say 10 years ago partly because of that recall issue. So, for example, I’ll use plugin processing to control problems and analog gear to bring out things that I like. I’ll do a lot of fine dialing-in on the computer and then big macro sound on the console. Similarly, I’m using my analog outboard gear for big macro sounds, and once I’ve found a setting I like, I don’t change much from song to song. If I need something else, I’ll use another piece of gear, all with the idea of making recalls simpler.

Yes, in fact I’ve just recently switched out the Duality for a K-Series SSL, so I’m moving towards a setup that’s less reset-able, but I expect will sound better. I think what’s going to happen is similar to what I’ve seen with soft synths. At first, people were crazy about soft synths and the cost of vintage hardware synths was impacted, but as people understood that soft synths don’t replace the hardware, the hardware has greatly increased in value. I think it’s possible the same thing happens with analog consoles, and that there will be a place for them for some time to come. I think more and more people will realize that an analog console does sound different in a positive way. And, of course, that’s why you need so many converter channels, to output all those tracks to your console! 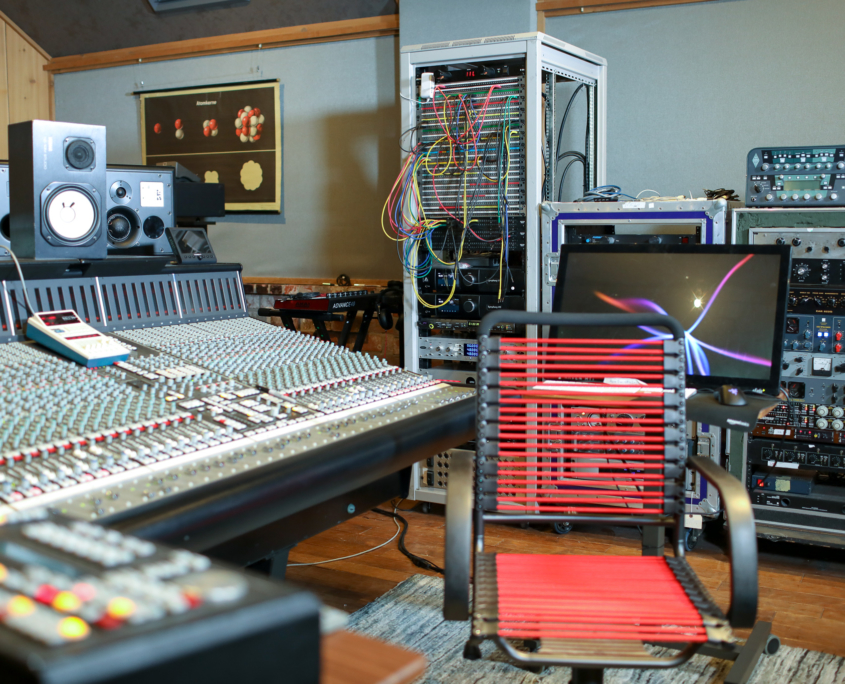 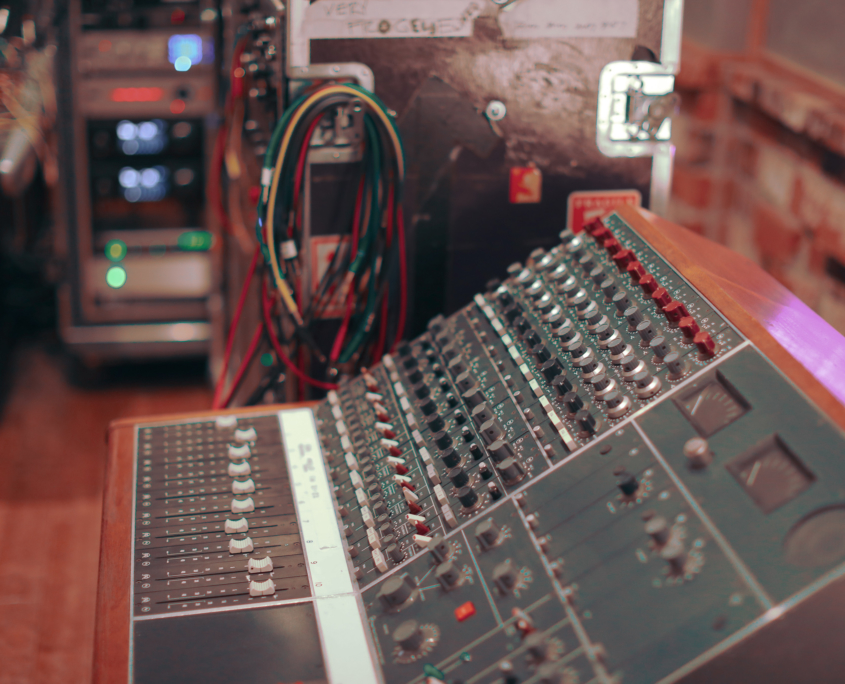 Speaking of converters, I know that you had been using transformer-based converters, but that you recently switched to Symphony I/Os. How did that come about?

When I got my previous set of converters, I compared everything out there and I thought they sounded good and brought…something to the sound. But there was a kind of smear to the low end that I eventually noticed. In the end, it’s not like I went off of these converters so much as when I heard the Symphony I/O Mk II I was kind of shocked – I thought what I had sounded fine, but the Symphony I/O was a massive upgrade to me, it was as if I was using a different console. The difference wasn’t subtle.

You’ve had a chance to try different clock configurations with your Symphony I/ Os, clocking them externally versus running the first Symphony I/O on its Internal clock. Can you describe your observations?

In the past, I’ve found that clocking the converters to my external clock gave me the best results, but after some experimentation, I’ve found that I can’t hear much of a difference, or at least reliably detect a difference with A/B comparisons, than with simply using the Symphony’s clock. With this setup, the Symphony system sample rate always matches the Pro Tools session sample rate – with the external clock, I had to match sample rates manually.

Throughout the years, I read some cool things you’ve tried during sessions. I remember something about SM-57s on Fiona Apple’s ‘When the Pawn…?’

Yeah, the rule on that album was NO SM-57s – there was a ban on them. What we DID do, as a bit of a goof on one of those recording magazine articles about the best tom mics, was to record the drums on the bridge section of “Fast As You Can” with ALL Telekunken ELAM 251s. Jon Brion, the producer, played a drum kit made up of yard sale finds, so it was tens of thousands of dollars worth of mics on 50 dollars worth of drums, one always needs to have contrast.

This fall marks the 20th anniversary of the release of that album, which to me was a very notable experience.  It was noticeable not just because of the process, which was basically a bunch of us being allowed to do whatever we wanted with no oversight, but also because off the back of that album, Rick Rubin rang me up, and things haven’t slowed down since. 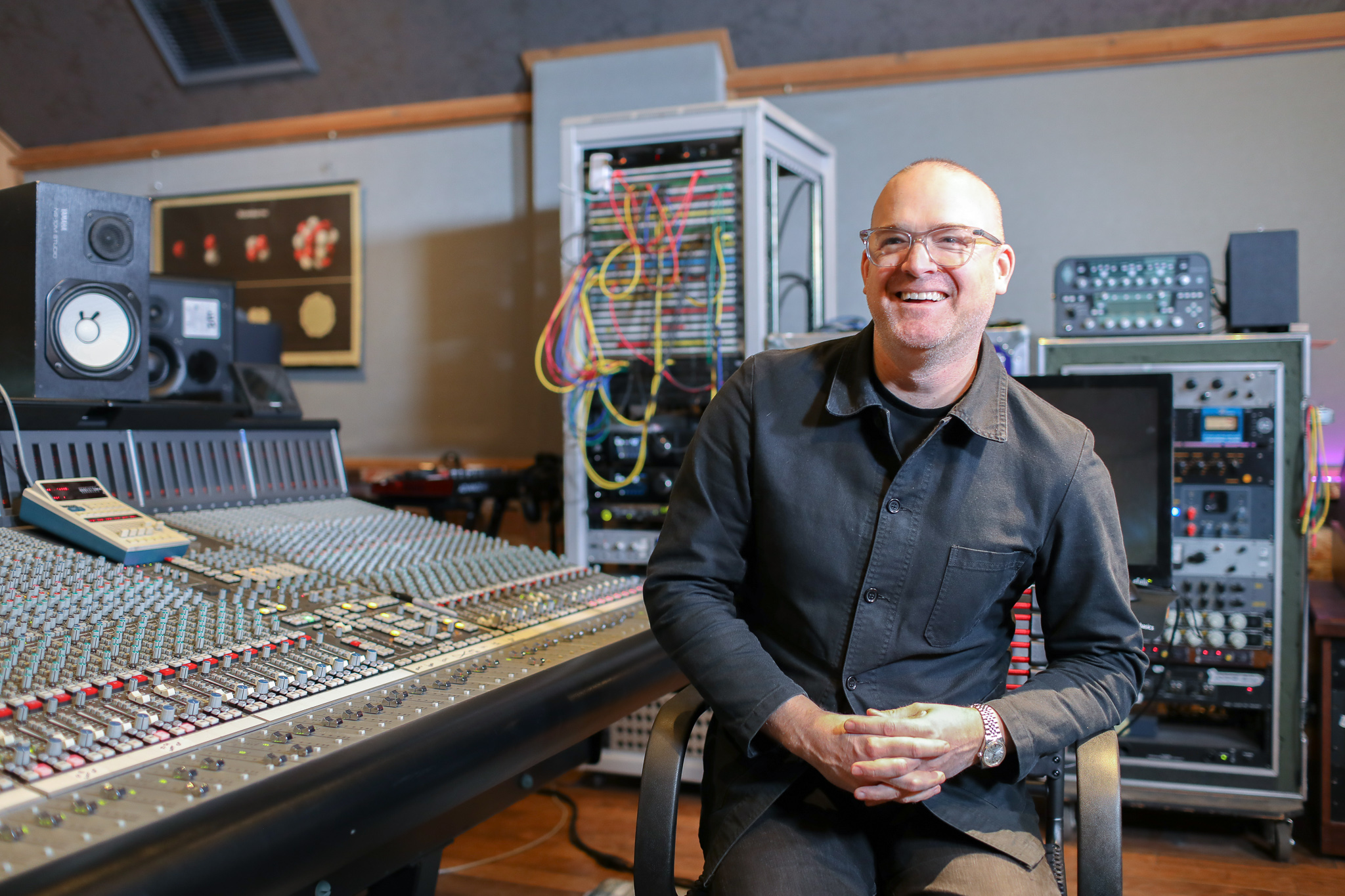