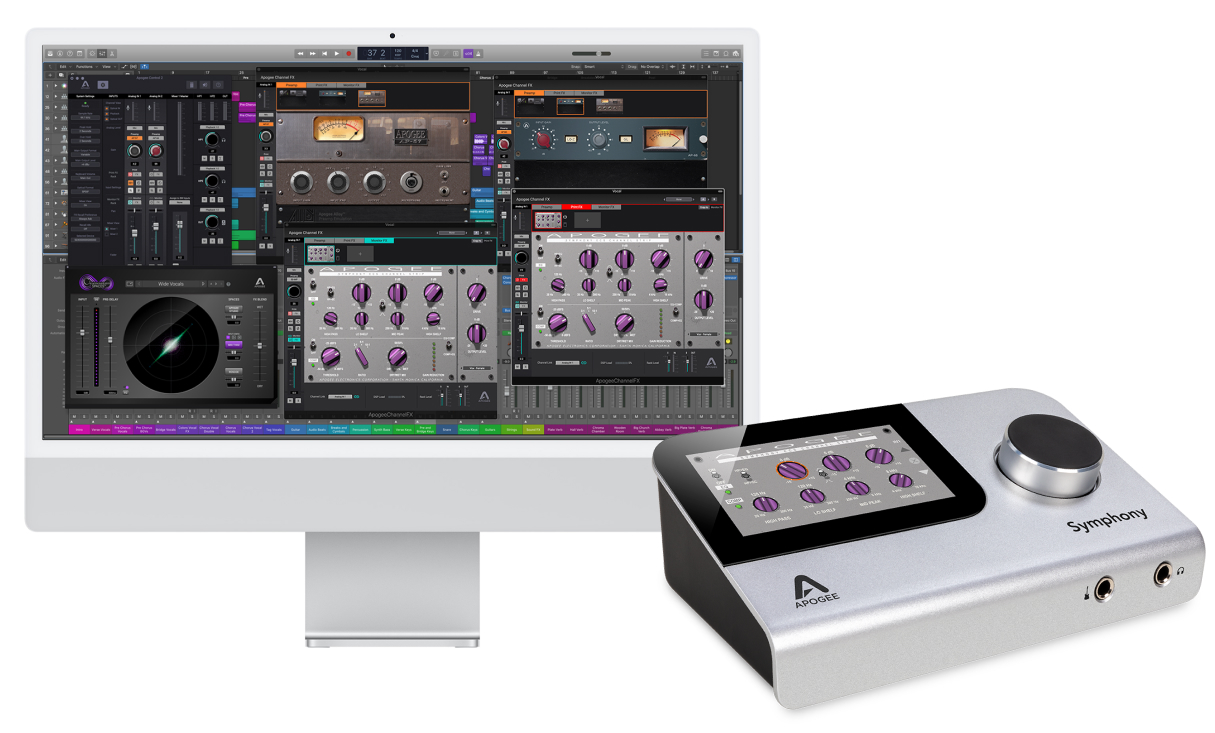 Apogee is excited to announce the Release of software version 1.19 for Symphony Desktop, its flagship home studio audio interface. This release features the Apogee Control Software and the Apogee Channel FX Plugin which allows you to set up a hybrid DSP+Native workflow from your DAW using the DualPath Link mode.

Workflow that Works for You

With Symphony Desktop, the Apogee Control Software and the Apogee Channel FX plugin, you can set up a variety of workflows that offer low-latency recording, maximum CPU efficiency, easy collaboration and the option to print or just monitor plugins in your projects. Plus, you can use Apogee plugins with or without Symphony Desktop connected to your computer.

Apogee’s hybrid DSP workflow approach addresses the specific challenge of low-latency recording in a way that does not impose restrictions. The DSP plugins running on the Symphony Desktop are only engaged to provide near-zero latency monitoring on the tracks currently being recorded, but after recording the tracks, seamlessly switching to native plugins running on the computer in your DAW allows you to scale your session to the huge track counts that are typical in modern music production.

When will Release 1.2 be available?

We will be announcing the availability of Release 1.2 soon. You will receive an email update on the status as we progress.

What does Release 1.2 include?

VO Dojo and Apogee Let You In on The Secrets of Voiceover work with Apogee ...