“Compared to other iPad guitar inputs I’ve used, like Griffin’s GuitarConnect Cable and IK Mulitimedia’s iRig, the Jam had the clearest sound. The Griffin is too overdriven and could benefit from a gain control knob.The iRig sounds better than the Griffin, but there’s a little noise in clean tones. Neither the Griffin or iRig can plug into your Mac.” 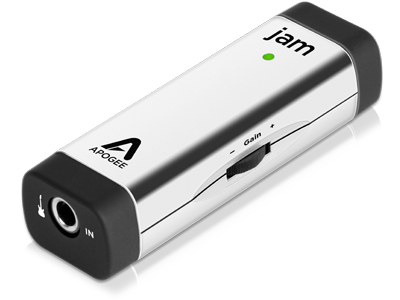