“The preamps and converters in the Quartet don’t sound like a cheap circuit with the Apogee name; they have that Apogee sound. Rather than just being honest and transparent, it would be fairer to say that nothing is lost, but they do seem to add a little sparkle to the top end. When capturing the subtleties of the creaks and finger drags and the little details that make an acoustic performance feel real, the preamps of the Quartet and the One leave nothing to be desired. The same could be said about the way they record vocals. With all the breath and humanity that they preserve, the recorded performance is really true to itself…In general, the Quartet is a rock-solid music creation station. It’s serious, professional, looks fantastic and sounds even better. The features are just right, no frivolity. The iOS bonus just made it that much better.” 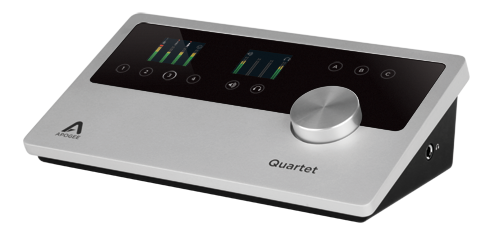