Apogee engineers have taken it upon themselves to create the next best thing: Advanced Stepped Gain Architecture. They have developed a revolutionary microphone preamp technology that blend the benefits of classic Neve style circuitry with the flexibility and clarity of modern design.

You could say it’s the “secret sauce” of Apogee interfaces.

Most audio interfaces today are designed to use a single generic chip for a preamp. The chip consists of a fixed hardware circuit with a gain stage and a few controls such as a pad switch and gain fader. The generic chips are relatively inexpensive and easy for manufacturers to implement.

Now, how does this rudimental design fulfill the requirements of a mic pre-amp? After all, it must be able to handle an stupendously large gain range – anything from a condenser mic on a kick drum to a ribbon mic on a violin – all while maintaining low noise, low distortion and a wide bandwidth. In truth, the rudimental design struggles, especially at the extremes of gain – pounding drums or delicate guitar picking.

So how to do you maximize your mic pre to have it perform at a higher level? What makes Apogee different from the rest?

Apogee has taken a high-end design approach to their built-in mic preamps to achieve the best performance of any audio interface. Apogee’s Advanced Stepped Gain Architecture™ features a circuit that is dynamically optimized at different gain settings to provide superior bandwidth, ultra low noise and nonexistent distortion across an unprecedented gain range of 0-75 dB.

To ensure that the car’s engine operates at its optimal torque and RPM, whether navigating “S” curves at lower speed or racing the straightaway at top speed, the car offers several gears that fundamentally modify the drivetrain, allowing the driver to adapt it to the desired speed. To get a feel for this, imagine the car with only two gears – clearly the car would struggle at some point in the track.

Advanced Stepped Gain Architecture operates in a similar manner:  optimal circuit performance – that is, low noise and distortion – is maintained regardless of gain required. Digitally-controlled analog switches “shift the gears” of the circuit at each gain setting to ensure the best sound and performance. Other mic pres struggle at the extremes of gain – they are essentially “two-gear” circuits.

The Advanced Stepped Gain Architecture mimics this motion by maintaining optimal circuit performance regardless of the actual gain setting by essentially “shifting gears”. In order to maintain the best sound and performance, each gain stage has its own dedicated circuit.

This is similar to the high-end mic preamp designs (like Neve) that use a rotary “stepped” switch to set gain rather than a continuous dial. The reason Neve has been highly regarded as one of the better preamps is because of this technology. Some people have strayed away from Neve due to the color it adds to your sound. Apogee accomplishes this same performance without the added color.

What sets this mic pre design apart from the others is how the circuit behaves as the user changes the gain control on the Apogee interface or in the Maestro software. The user sets the mic pre gain from 0 to 75 dB simply and efficiently with a resolution of 1 dB and no pad switches to contend with. Behind the scenes the digitally controlled analog routing matrix is switching in gain stages and other circuit elements to effectively build the perfect mic pre for that specific gain chosen by the user.

There are other stepped gain options on the market, however, Apogee took the opportunity to improve on the existing preamps. As you can see from the chart above, most stepped gain preamps use expensive rotary switches that can degrade over time. These preamps also step in 5 dB increments compared to Advanced Stepped Gain’s 1 dB steps. Other mic pre designs are unable to optimize their circuit as effectively resulting in a compromise of performance and/or available gain.

Advanced Stepped Gain offers a greater gain range with lower noise and distortion with a wider bandwidth at all gain stages. The noiseless operation is more reliable and skips the “mic pre on a chip” design. 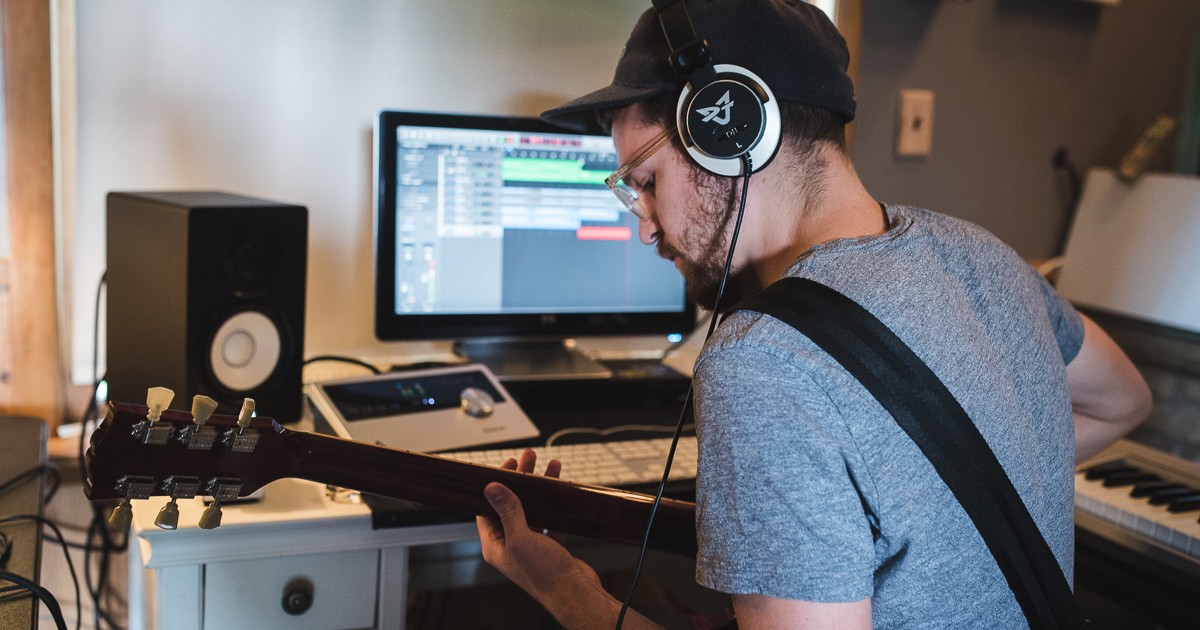 The Best Bang For Your Buck