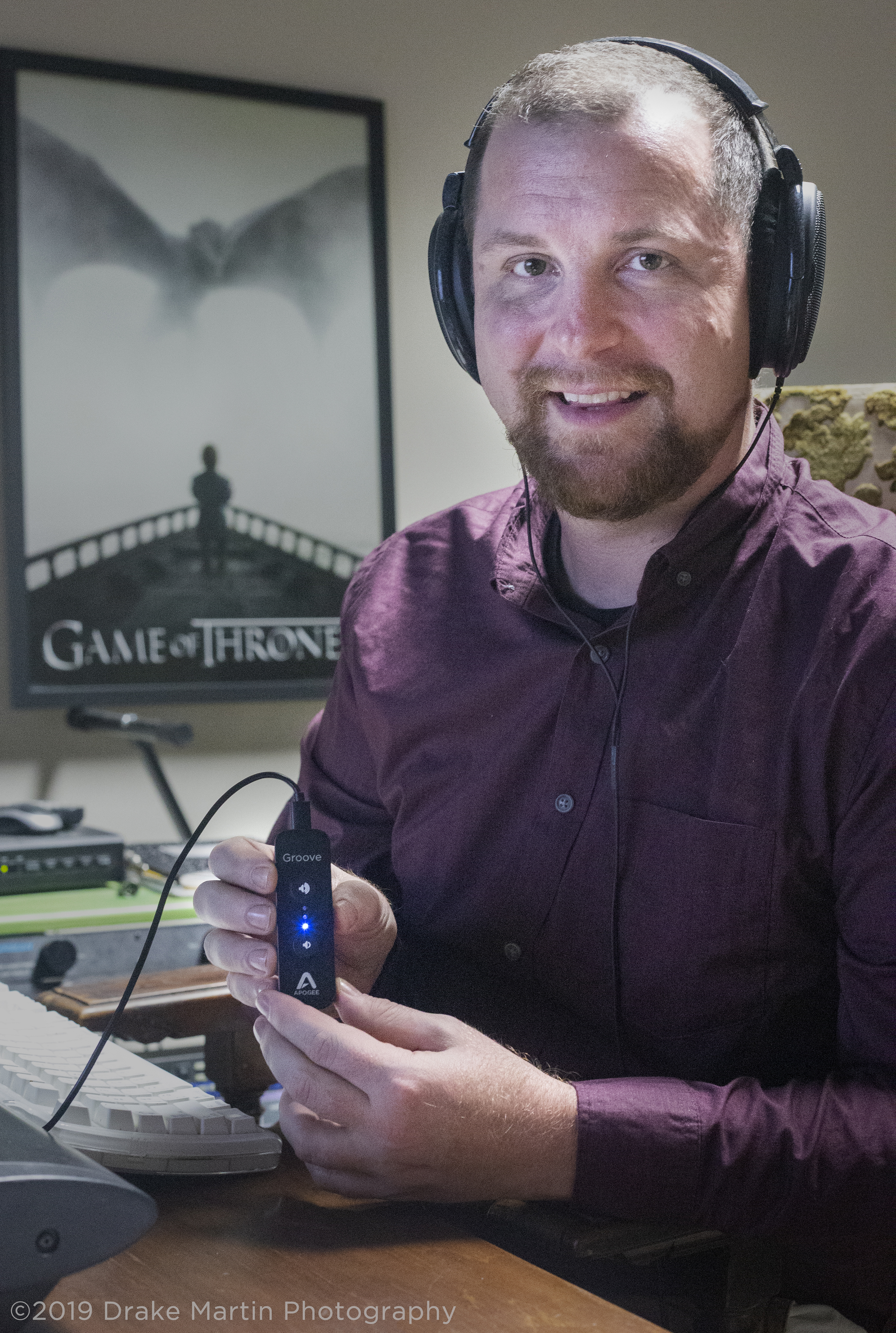 Detroit-native and Foley Artist, Brett Voss talks Foley/Sound Mixing and Apogee’s Groove. Brett is best known for his work on Game of Thrones, The Darkest Hour, and Pacific Rim.

Apogee: How and when did you become interested in FX/ Foley/Sound Mixing?

My interest in FX/Foley/Sound Mixing began as a kid with a cheap cassette tape recorder. I’d record sounds to use when I’d play with my Star Wars and GI Joe figures.

As a teenager, I started playing guitar and was fascinated with the recording process. I purchased a Tascam tape cassette multi-track recorder, and off I went.

As far as Foley, when I worked at Todd AO, I was exposed to all the major elements of post sound. Foley was (for me) a very welcoming, creative environment, so I naturally gravitated there.

Apogee: How far back does your FX/Foley/Mixing history go?

I began seriously practicing the art of sound by supervising post audio on shorts and student projects around 2004. Professional Foley mixing started around 2007.

A friend in the industry recommended it. I love the convenience; small and portable with instant plug and play. Beautifully detailed sound with extremely low noise.

Apogee: What do you enjoy most about your Groove?

Pretty lights. And all the above stuff.

Apogee: In your career, what has been the most fun and rewarding Foley/mixing genre/TV show/Film to work in?

Every show is rewarding in some respect. The film that stands out the most would probably be Quentin Tarantino’s “Inglorious Bastards.” It was my biggest project to date; with the caveat being working with Wylie Stateman and then having Mike Minkler and Tony Lamberti mix my work. A terrifying few weeks of work. But, my gosh, did that movie sound great. I’m particularly reminded of the farmer and Hans Landa sequence. Every tiny detail played. It sounds just glorious to me. Yeah. I wrote that.

Apogee:  What’s your setup like and how are you using your Apogee Groove?

Professionally, I use the Groove for the editorial process after recording. Sometimes I miss small details while mixing on the mains; the Groove (along with my trusty headphones) makes those details obvious.

Apogee: Who have been you your greatest influences & or motivators?

Apogee: How has your Apogee Groove changed or improved the way you record?

Mostly helped on the editorial side. Keeps me from being embarrassed by delivering something I didn’t expect.

Apogee: How does your Groove help you achieve your sound?

In my opinion, usable Foley is about several components; proper mic placement, great performance and sync, and eagle-eye attention to detail. The Groove is like a high-resolution monocle for my ears, allowing me to see the finest details. I’m just missing my top hat and cane.

Apogee: How did you first get to work on such amazing films / TV shows?

Blessed to be surrounded by many talented friends who love (and live) storytelling through media.

Apogee: Can you tell us a little about your journey?

After Full Sail, I moved to Los Angeles to pursue film/television sound. I wasn’t sure exactly what I wanted to do in the industry, but I knew I wanted to work on shows the general public had heard of. I was blessed to start my career in the mailroom at the (then) largest independent postproduction company in the world, Ascent Media. Every day, I’d deliver interoffice mail to twenty-three different post companies throughout Los Angeles, meeting (and becoming friends) with people at each location. After about six months, a friend of mine at Todd AO offered me his runner position at Todd AO’s flagship building in Santa Monica, Todd AO West. Shortly after, while Team America was mixing night and day, I became friends with the senior vice president of sound from Paramount, Cece Hall, who took me under her wing and taught me the intricacies and thought processes of editorial and mixing sound.

Apogee: What do you enjoy most about your work?

Every day is a creative journey filled with possibility and rainbows. And foley dirt.