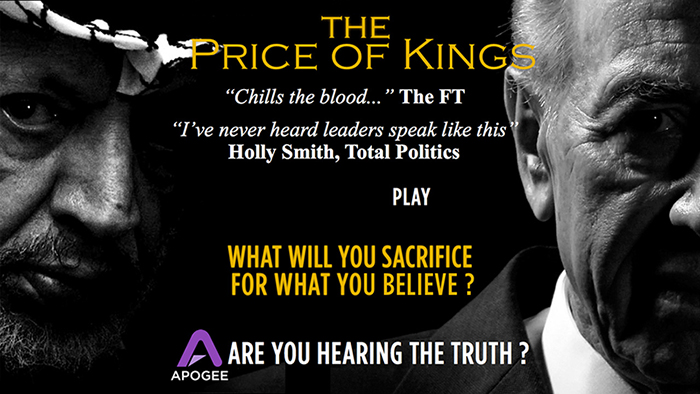 An interview with “The Price of Kings” director, Richard Symons

In Sound on Sound’s feature on your new series, The Price of Kings, you come across as a little obsessive over audio – is that fair comment?

Well, I’ve been called worse, but I guess that’s true. It’s just that with such an ambitious project there’s a truckload to go wrong so naturally you’re concerned with every single detail and for a long time I’ve believed  that audio’s at least as important and in some cases more important than the image on screen.

That’s not a very traditional point of view – where does that come from? 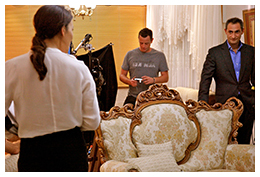 I can remember two instances where I learned a lot. The first was on a plane. The seat next to me was empty, but in the seat I’d chosen the inflight entertainment’s sound was distorted. I swapped seats, only to find that the sound was fine but picture was grainy, had intermittent lines across it and would flicker. For the next 10 minutes I kept switching seats – but ultimately settled for the one with a bad picture and good the sound. That surprised me at first, so I guess I must have learned something. The other instance was maybe 5 years ago, almost at the end of post production in a film where we’d had a lot of problems EQ-ing some of the audio. The very last stage was the picture grade and I was amazed at the amount of grading we could do before the picture started to get noisy, generate artefacts. The grading house explained that the camera we’d used had a fantastic bit depth and process for converting the image into digits. It occurred to me that now we work almost exclusively in the digital domain, all we have to play with is the digits. Once you’ve converted something in the outside, analogue world into digits, that’s it. You’ve only got those digits to play with. You may have the fanciest equipment in post production, but it’s only got the digits you originally captured to manipulate. There’s nothing else in there. On set, especially in documentaries where everything’s so seat of pants, there’s a tendency to say, “we’ll fix it in post”. What I learned was that you can only do that if you captured the digits in the first place. On that production the camera was up to scratch but we’d got it wrong with the audio – probably cost us a half day in studio time and no-one was particularly happy with the end result. There was that gnawing feeling of, if only we’d just paid a little more attention to detail on the kit we used to capture the audio – things would have been different.

So how did that come into play with The Price of Kings?

It quickly became clear that this series was going to live or die on whether we could capture these precious moments – a President’s wife sniffling, fighting back tears and finally breaking down – with flawless precision. If you need to pump up the sound of a head of state’s tongue sticking to the roof of his mouth because it’s so dry – you need to make sure you captured the digits in the first place. And of course, there’s no second chance, try asking a President for a second take with the same emotion. The problems were compounded by the scale of the project, not only were we filming around the world but post production was also happening across the globe. So technical support was crucial for any equipment we were using, but not as critical as feeling confident it was robust enough not to let us down at a crucial point and was capable of capturing the digits in the first place.

Was budget a consideration?

Absolutely. But actually, now that equipment has come down so much in price, the real difficulty is always making sure you ask the right question on a purchase, keeping in mind your core objective. With sound kit – the objective has to be the quality of the sound and reliability it delivers, coupled with after-sales support. It’s easy to get sidetracked into making the wrong decision based on the wrong question. When you’re buying equipment, there’s a tendency to think in terms of the purchase price – “I don’t want to spend $400 on a converter” so you go for the $350 option. Actually, what you’ve just done is make a $50 decision on the overall quality of sound for your project. That’s got to be a mistake, but it’s difficult to get out of that mindset when you’re trying to stay within budget. There’s never enough money so you’re always trying to save wherever you can. It’s only when you flip the question around that you can make the right decision, “Can I justify saving $50 on equipment when it may cost an extra half day trying to EQ the crap out of it in audio post and no-one’s thrilled with the end result?”. Good enough isn’t good enough. One of the great directors, Sidney Lumet, said, “there are no small decisions in movie-making”.

So how do you make your decisions? 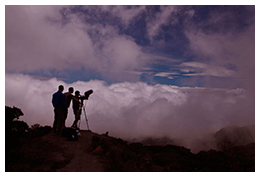 Apart from technically evaluating the kit, believe it or not, the first thing is to call the manufacturer. Products are built by people and the quickest way to discover what kind of people are behind the product you’re considering, their attitude, temperament and philosophy is to talk to them. You’d be amazed at how much you can learn from the person on reception about their company. We discovered this in a film called the Ministry of Truth where we must have interviewed 50 or so government ministers and members of Parliament (equivalent to your Congress and Executive). We were trying to get a bill passed that would make it a criminal offence for politicians to lie so you can imagine, when the receptionist/secretary asked what we were calling about, their reaction wasn’t subtle. Across all 50 we realised there’s a direct correlation between the receptionist and their employer. Our producer on that film noticed it and since that day we’ve saved ourselves an incredible amount of time by simply recognising that fact. On the few occasions we broke that rule, didn’t trust our gut feeling, we suffered for it. A pissed off, poorly informed, unhelpful, hurried or dis-interested person answering the phone is a direct reflection on their employer. If you have trouble getting through to a manufacturer, speaking to the right person, not getting a call back – trust your instincts. That’ll flow the whole way down the line to the way they treat their suppliers, dealers, salespeople, technical support, customers and the respect they have for their own products – everything. I kid you not. You may be buying just a $99 piece of equipment but the amount of work, manpower and man-hours that goes into getting it on a shelf is extra-ordinary. That product is defined by the attitude of the people in each one of those man-hours. There are a million places for error, oversight and laziness – or a million opportunities to make the best product possible. If the manufacturer can’t answer the phone properly you can be sure that somewhere along the line that attitude has found it’s way into their product. Do not get sucked into the, “they’re a big company so it’s understandable” excuse. If they’re that big they can give the right training, make sure their staff are happy, knowledgable and customer looked after. There. I’ve said it. That’s my rant for the day. Anyone for a tea ?

Tell us about how you use any Apogee kit? 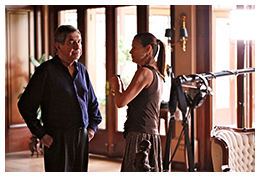 The Duet’s been our workhorse for a while now. We’ve got a couple and use them either in the edit for playback or make sure we bring one along to an audio post facility with several sets of headphones that we’re used to – normally Sennheiser HD650’s. So that’s our reference point. From there we can tell how the digits are translating to the outside world, the sound of any other speaker set up or room acoustics. If it sounds good to us in the cans alongside the Duet, we know that even if there’s some extended bass or whatever going on, that’s a function of somebody else’s set-up and can make judgements accordingly. So it’s our kind of digital reference point. What amazes me is that for years we never figured the importance of having that, I guess the notion of the conversion process being so critical, at the heart of everything had escaped us – but we learned. We’ve also started using the Mic for guide voice overs and it’s really impressive – very natural sounding. Makes you feel like the narrator is speaking only to you, it’s intimate and faithful. On the Price of Kings we had Helena Bonham Carter narrating and it was impressive to see how fast she worked, two films in half a day. 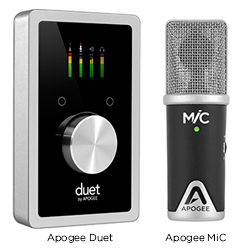 That’s when you really notice the technology working for you – perhaps I should say “don’t notice it”. No fuss, no problems, just getting the job done. We’ve also used the Mic hooked up to an iPhone and that’s pretty seamless, a great thing to have in your kit bag.It’s almost funny how you can start taking equipment like that for granted – but I suspect that’s a sign of how we’ve just come to assume that these insanely low cost items are insanely good. Just 10 years ago believing you could get that kind of quality sound recorded for that kind of money would have you laughed out of court. Today you just plug it in and go – assuming you’ll get a great recording. I guess that’s what leads to taking it for granted. It’s only when you stop to think about it that you realise how amazing it is. Anyone with a cellphone contract and $200 can make a great recording. That’s pretty cool. We’ve had a long association with Apogee, and that goes back to your very first question – I’m a little obsessive about audio. I’m not sure many other manufacturers would have put up with that if they didn’t get it. If it wasn’t hard-wired into their DNA. There are plenty of other manufacturers who wouldn’t put up with that shit. Believe me, I’ve had to deal with people who don’t care and it’s a drag. There’s not much worse than working with someone who doesn’t share your passion and of course the reverse is also true – there’s little better than working with people who do.

What’s next for Spirit Level Film? 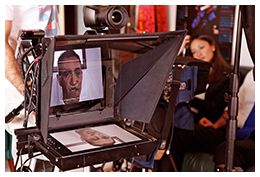 We’re just releasing the HD version of a banned French film called Rendezvous. I don’t want to spoil it for anyone but the sound on that is absolutely ridiculous, almost primordial. In fact it’s all about sound – a V12 Ferrari 275GTB at insane speed across Paris with this surprise twist at the end. You have never, repeat, never heard (or seen) anything quite like it. The US has this thing about V8s, and they do sound great, something guttural and primitive about them, but the sound on Rendezvous – it just taps into some very basic animal instinct. There I go again, sound, sound, sound. But seriously, listen to it through a Duet on a good system at high volume and you’re set up for the rest of the day – ready to attack the world. My wife tells me I’m very immature. I daren’t argue.